In cooperation with the Israel Ministry of Tourism, Israel Travel News Ltd. Specially prepared to meet the needs of the British market , this new publication spotlights Israel as a tourism destination. Read more >
Architectural Digest spotlights Israel's new airport
'A forward-thinking approach to living within the confines of a harsh desert.' 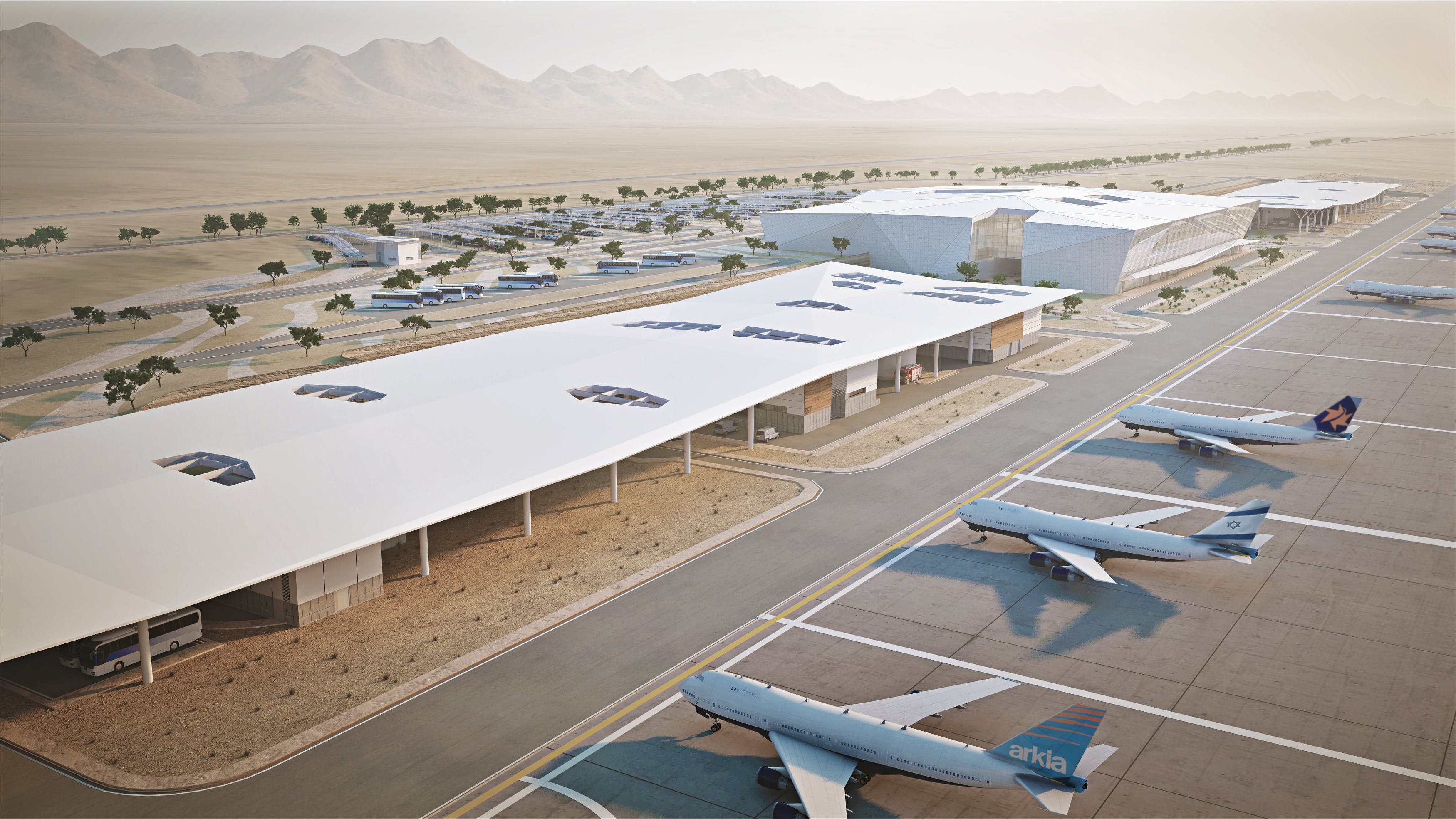 He wrote that the “Ilan and Asaf Ramon International Airport, which will eventually handle 4.25 million annual passengers, is a strikingly modern edifice that stands in stark contrast to its vast desert surroundings.”

Mafi points to the innovative way the airport was built. “What makes this airport so different from most others in the world is not only its location but also the fact that much of the technical infrastructure was buried underground. This includes the area through which both public and private vehicles travel to drop off and park. Furthermore, baggage handling, security processes, and other technical operations are located dozens of feet below ground. This allows for much of the logistical work to be done underground, opening the ground level to provide uninterrupted views of the dramatic desert expanse all around.”

He concluded by saying “For those who fly into Israel’s new Ilan and Asaf Ramon International Airport, they will see what the country hopes to accomplish in the 21st century: a forward-thinking approach to living within the confines of a harsh desert.”

The airport was designed by Israeli firms Amir Mann-Ami Shinar Architects and Planners in partnership with Moshe Zur Architects.