In cooperation with the Israel Ministry of Tourism, Israel Travel News Ltd. Specially prepared to meet the needs of the British market , this new publication spotlights Israel as a tourism destination. Read more >
El Al announces new flight – to Vegas!
The flights will be operated on the new Dreamliner planes in the Economy, Premium and Business Classes. 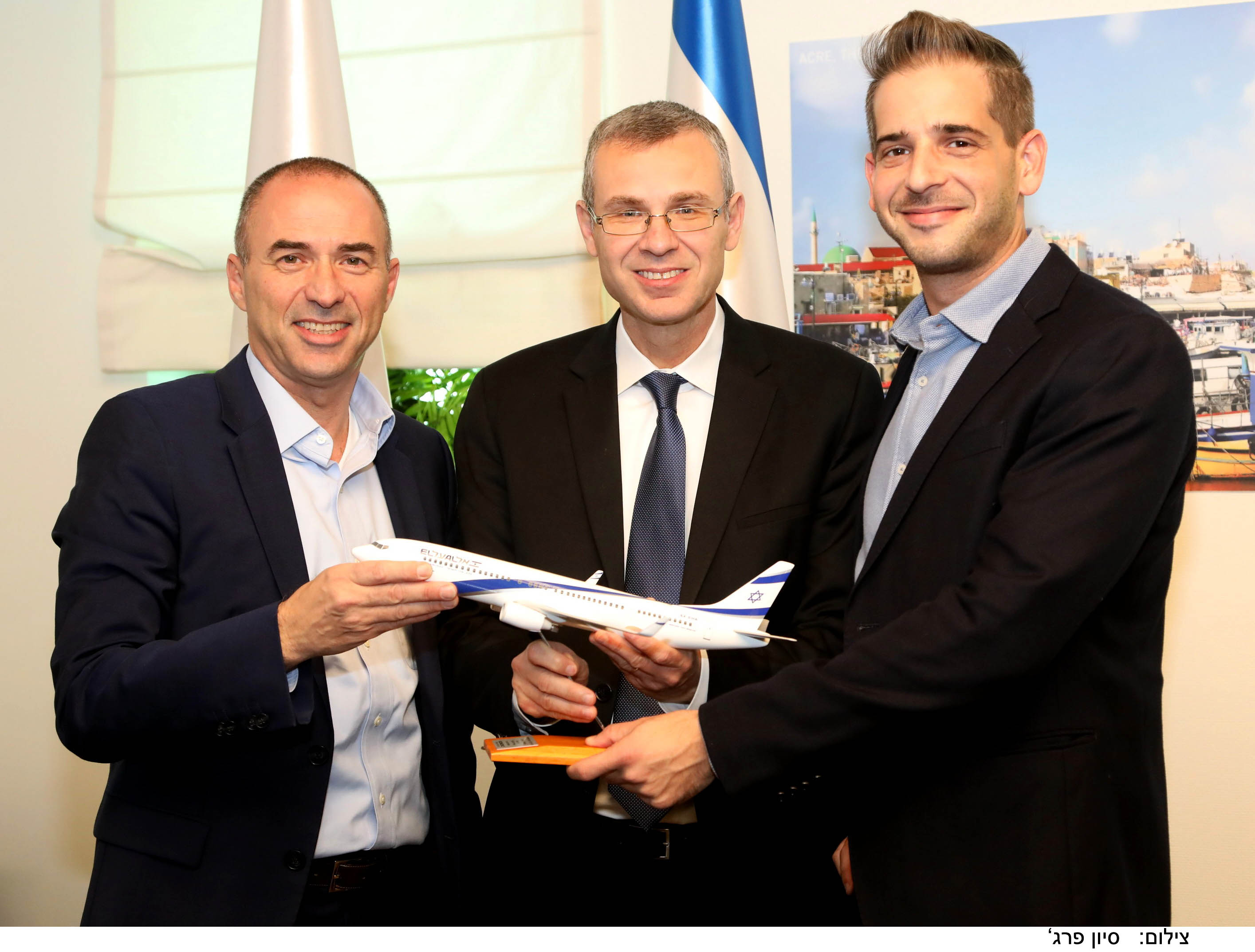 El Al, with the encouragement of the Ministry of Tourism, announced a new long-distance destination: Las Vegas. As of June 14, 2019, El Al will operate a weekly flight to Las Vegas, Nevada. In addition, as of May 13, 2019, El Al will operate three weekly flights on the route to San Francisco. The flights will be operated on the new Dreamliner planes in the Economy, Premium and Business Classes.

For the launch of the new destinations, the company will offer a special sale for only three days and offer round-trip tickets to Las Vegas and San Francisco from $787 including taxes, in economy class. In addition, Matmid Frequent Flyer members will be able to use less points toward a bonus ticket.

The following are details of the special sale:

Gonen Ussishkin, CEO of El Al, said, “Last year we opened a direct flight to Miami, and we are looking forward to the opening of direct flights to San Francisco this May and we are pleased to announce the opening of another destination – Las Vegas. We look forward to the flights of tens of thousands of Israelis and tourists who will be coming to Israel on our new routes and we will continue to expand the company’s network of destinations.”

Minister of Tourism Yariv Levin said, “With the breaking of records in the number of tourists arriving in Israel and with close to one million tourists coming to Israel from the US last year, the opening of the direct route from Las Vegas is another step in the trend of opening new routes from North America, such as the states of Nevada, Arizona, Utah and Oregon, as well as Christian tourism coming from the region. The opening of this new route is a welcome continuation of the cooperation between the Ministry of Tourism and El Al after opening the Miami route – new lines that contribute to incoming tourism to Israel.”

“Las Vegas has become very attractive in recent years to the Israeli vacationer, but also to the business sector in light of the large number of conferences and exhibitions in the city,” said Miki Strasburger, vice president of commerce and aviation relations at El Al. “The company’s North American route network and code share agreements allow for a visit to Las Vegas with an exit or return from any of El Al’s other destinations on the continent, including San Francisco and Los Angeles.”

Rosemary Vasilyadis, Clark County Airport Director, said: “We are always happy when the possibilities to travel around the world are expanding, and the direct flights between McCarran International Airport and Ben Gurion Airport are a particularly exciting development, whether people fly for leisure, business or cultural experiences, This will seamlessly connect two world-renowned destinations, and we look forward to working with our friends at EL AL to further develop this market.”