In cooperation with the Israel Ministry of Tourism, Israel Travel News Ltd. Specially prepared to meet the needs of the British market , this new publication spotlights Israel as a tourism destination. Read more >
4 more hotels to be built at Dead Sea
The Ministry of Tourism is investing efforts to increase the volume of tourism to the Dead Sea region. 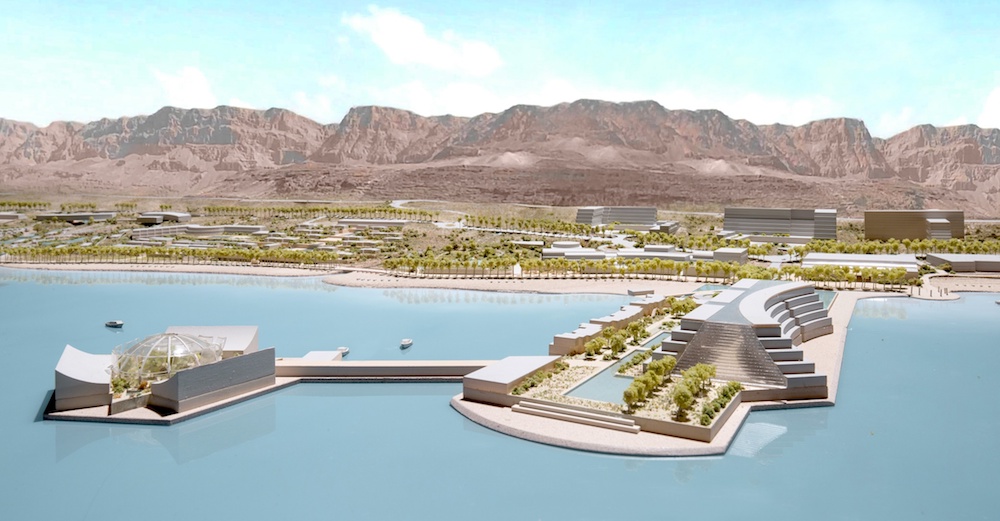 Africa Israel, Fattal Hotels, Elad Hotels and Barclays Israel have won the Israel Land Authority’s tender for the marketing of the final plots (in this round) for the establishment of hotels, commercial buildings and a conference center, in the new tourism area located between Ein Bokek and Hamei Zohar.

Africa Israel won the contract for the only plot to be marketed in the renewed Hamei Zohar area. The hotel will contain 220 rooms (of which 20 are incentivized for green building) at a winning bid price of NIS 17, 757, 153.

Fattal Hotels won the bid on a plot on the water’s edge in the new development area between Ein Bokek and Hamei Zohar, which will house 198 hotel rooms (of which 18 are incentivized for green building). Fattal will pay the Israel Land Authority NIS 12,395,555.

Elad Hotels won the tender for two plots for hotel construction, located in the new development area between Ein Bokek and Hamei Zohar. One lot is for the construction of a 253-room hotel on the waterfront (of which 23 is incentivized for green building). The price paid: NIS 19,230,412. The second lot will include, for the first time in Israel, a hotel to be built on an area surrounded by the sea, in a luxury complex of 330 rooms (of which 30 rooms are incentivized for green building). The lot also includes a unique spa, which is also located in the complex on the water. The final winning price: NIS 53,552,158. The tender requires completion of the construction within 6 years, as a condition for receiving a lease.

Two additional areas are included – one for commerce and the other for a regional conference center. Barclays Israel, which owns the 12,000 sq.m Dead Sea Mall inaugurated last year, won the tender. The new commercial area will cover 26,579 square meters and will be built between Ein Bokek and Hamei Zohar. The winning price was NIS 8,606,384. Elad Hotels Ltd. won the tender for the construction of a unique conference center for the area of 11,539 square meters. The winning amount was NIS 3,090,293.

Minister of Tourism, Yariv Levin: “We are continuing the tourism revolution at the Dead Sea and leveraging it as an attractive and modern tourist destination. Given the significant increase in the number of tourists arriving in Israel, I welcome the start of the process of building more than one thousand new rooms at the Dead Sea. This is a great step forward on the road to dramatic change in the region. The winning companies have significant experience and reputation, and I am sure they will greatly contribute to the tourism development momentum. Alongside the promenade that has already been inaugurated, we will see new areas of commerce and recreation, and in particular an increase in the number of hotel rooms that contribute to employment and the economy in this unique area.”

Recently, the Ministry of Tourism led by the Director-General Amir Halevi, has been promoting the tourism product in the Negev. Following the success of bringing dozens of European flights to Eilat during the winter season, the ministry is working to create content for these tourists to extend their stay in southern Israel in particular and in Israel in general. Developing the Dead Sea region represents part of the ministry’s strategy that places an emphasis on the tourism product, which is the economic future for the Negev and the Arava.

The Ministry of Tourism is investing efforts to increase the volume of tourism to the Dead Sea region, which enjoys the highest annual average occupancy of hotels in Israel. The ministry has in recent years inaugurated new accessible beaches, free to the public, in the Dead Sea hotel area, between Ein Bokek and Hamei Zohar. Through its subsidiary, the Dead Sea Preservation Government Company, the Israel Ministry of Tourism has also established a new, 4 kilometer promenade along the sea shore and infrastructure work and development with an investment of about half a billion shekels.