In cooperation with the Israel Ministry of Tourism, Israel Travel News Ltd. Specially prepared to meet the needs of the British market , this new publication spotlights Israel as a tourism destination. Read more >
Caesar Premier Renovations
Caesar Premier Hotels, which owns and manages properties in Jerusalem, Tiberias and Eilat, is to invest NIS 15 million over the next 2.5 to three years in upgrading its three hotels, reports the chain’s General Manager Israel Hayat. 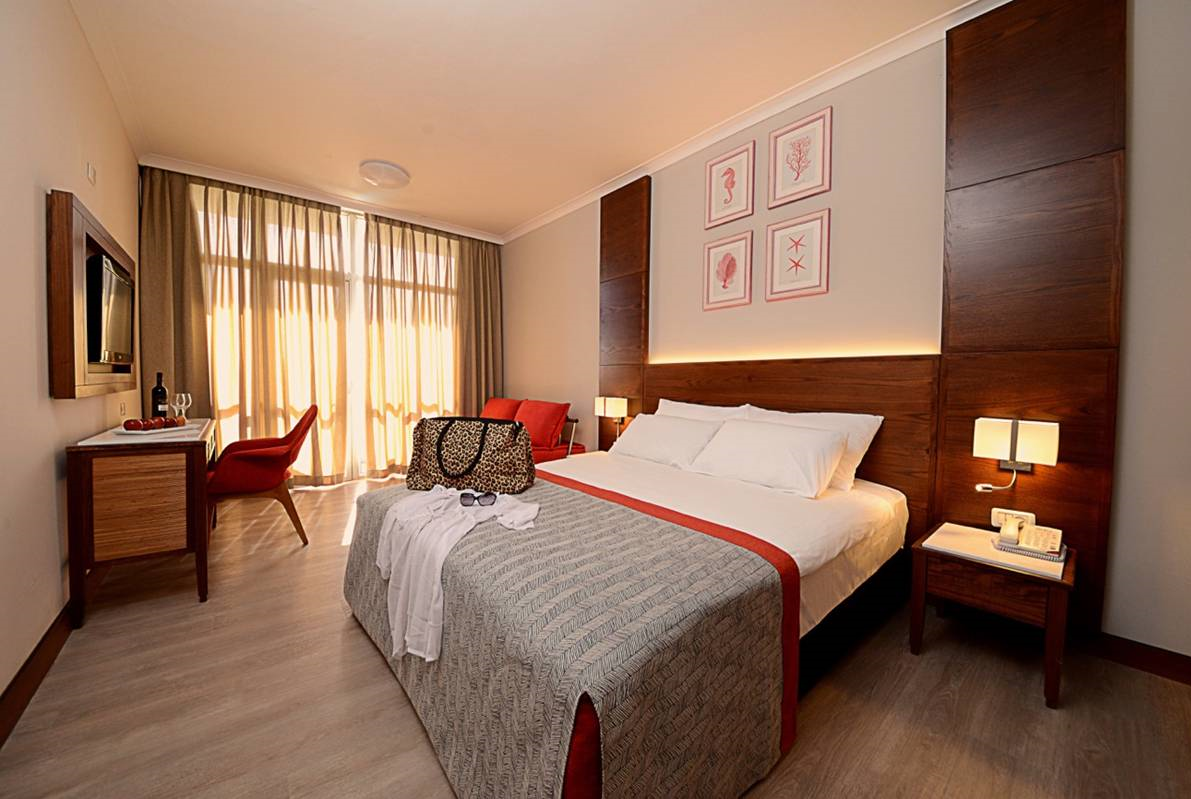 Caesar Premier Hotels, which owns and manages properties in Jerusalem, Tiberias and Eilat, is to invest NIS 15 million over the next 2.5 to three years in upgrading its three hotels, reports the chain’s General Manager Israel Hayat.

At the 230-room Caesar Premier Tiberias, work has just about completed on 35 rooms that had not been renovated until now, as part of a multi-annual rooms upgrading projects. Plans call for the final 35 to be done next winter. “There has been no need to add any extra equipment to the upgraded rooms, since they have all the amenities a guest could want,” Hayat affirms, “but everything in them is new.”

Even before the last 35 room undergo renovation, the hotel’s upper lobby will be redone sometime this year, as will the lobby patio overlooking the Sea of Galilee, which the hotel fronts. The public WCs one floor below will be redesigned and upgraded, as will the hotel spa’s indoor swimming pool area.

In Eilat, where room renovation at the Caesar Premier Eilat has been on the agenda as well these past few years, work is scheduled to begin on the last 45 of the property’s 241 rooms yet to be renewed and upgraded, and here too, the work will be all-encompassing, Hayat adds. In addition, the hotel dining room is being refurbished, and it will be expanded by the addition of another space adjacent to it. “It’s not just that we are adding 120 additional seats in the dining room,” he explains. “The enlarged facility will feature individual dining booths separated by partitions, for a sense of restaurant privacy and intimacy, very much like the ambience of a restaurant.”

In Jerusalem, work at the Caesar Premier Jerusalem is being completed on two new meeting rooms, for up to about 40 participants each, which are being developed in the area of the hotel set aside for meeting and banquet rooms. The new meeting facilities are being outfitted with a full range of technological equipment and audio-visual aids, Hayat remarks. Meanwhile, plans have been drawn up for the refurbishing of the hotel’s public areas, and 42 rooms in the Caesar Premier Jerusalem are to be renovated as part of an overall room upgrade project.