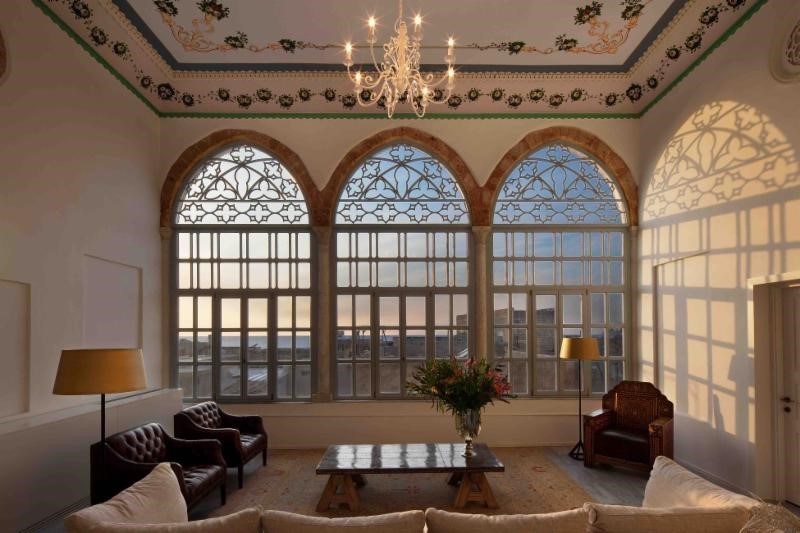 TripAdvisor, the travel planning and booking site, this week announced the winners of its 2019 Travelers’ Choice Awards, recognizing travelers’ favorite destinations around the world this year. Efendi Hotel and Uri Buri restaurant owned by chef & entrepreneur Uri Jeremias, is the proud winner of seven separate honors.

Efendi Hotel and Uri Buri restaurant has helped put Akko, Israel on the map as a destination for tourists and locals alike. Both are located mere step from one another, overlooking the Mediterranean Sea and Akko’s Old City.

Nestled in the picturesque narrow lanes of Acre, the Efendi Hotel is a 12-room boutique hotel that is the living testament to the city’s 5,300-year history. Located in the epicenter of the Old City of Acre, a UNESCO World Heritage Site and the former capital of the Crusader Kingdom, Efendi Hotel holds the highest level of architectural preservation and restoration out of any private building in Israel.

The property officially opened in February 2012 following a meticulous eight-year restoration process of the original buildings overseen by tourism innovator, chef and entrepreneur Uri Jeremias along with archaeologists and antiquities experts who were hired to restore the Byzantine and Crusader-era cellar. Jeremias oversaw the restoration of the two original Ottoman buildings and hand-painted motifs and frescos along the walls and ceilings, including a fresco of an ancient Istanbul.

The unique structure of Efendi Hotel begins in the property’s wine cellar, which in itself is based upon bricks from the Byzantine era of Akko, more than 1,500 years ago. Ascending from the wine cellar is the dining room and the main lobby of the Efendi Hotel, which includes a foundation from the Crusader era (900 years ago) in its midsection and restored walls and foundations from the Ottoman period (more than 400 years ago). What is currently used as the Efendi Hotel dining room was once a church built during the Crusader period in Akko.

All rooms within Efendi Hotel are furnished and equipped to the highest standards, and each room has its own unique character and style. Some rooms’ ceilings feature illustrations, while others are made from preserved wood. Most of the windows offer sea views, while others look out over the ancient city of Acre and the scenic mountains of the Western Galilee. Just a short walk from the hotel is the famed Uri Buri restaurant, a culinary institution by the namesake chef and a sought-out destination for gourmets from Israel and around the world.

For maximum relaxation and enjoyment, the hotel features wellness treatment rooms for singles or couples, as well as an original 400-year-old Turkish bath, known as a Hammam, that has been painstakingly preserved. An intimate wine bar has been built in the restored and renovated wine cellar with foundations dating back to the Byzantine era. Throughout the hotel lies relics and historic furniture pieces, contemporary art, books, chandeliers and other design elements that truly recreated the zeitgeist of Acre’s original grandeur. Breakfast is served daily, and aperitivo is held on the Efendi Hotel rooftop each day at sunset.

The restaurant is quite simply, an Acre institution. Nestled among the walls of a 400 – year old Ottoman house by the ancient Acre port, this is one of the most beautiful places in the country. For over 30 years, Uri -Buri has served the finest fish and seafood the sea has to offer, and it is not by chance that its reputation has spread far and wide as one of the best fish restaurants in the country. It is now a “must visit” spot among restaurants in the North. In addition to the marvelous dishes, you can also find a selection of world – renowned Israeli wines, impressive service, and an idyllic atmosphere.