In cooperation with the Israel Ministry of Tourism, Israel Travel News Ltd. Specially prepared to meet the needs of the British market , this new publication spotlights Israel as a tourism destination. Read more >
Ibis opens second downtown Jerusalem hotel
The 104-room hotel is in the heart of the city at the bottom of the Ben Yehuda street pedestrian mall. 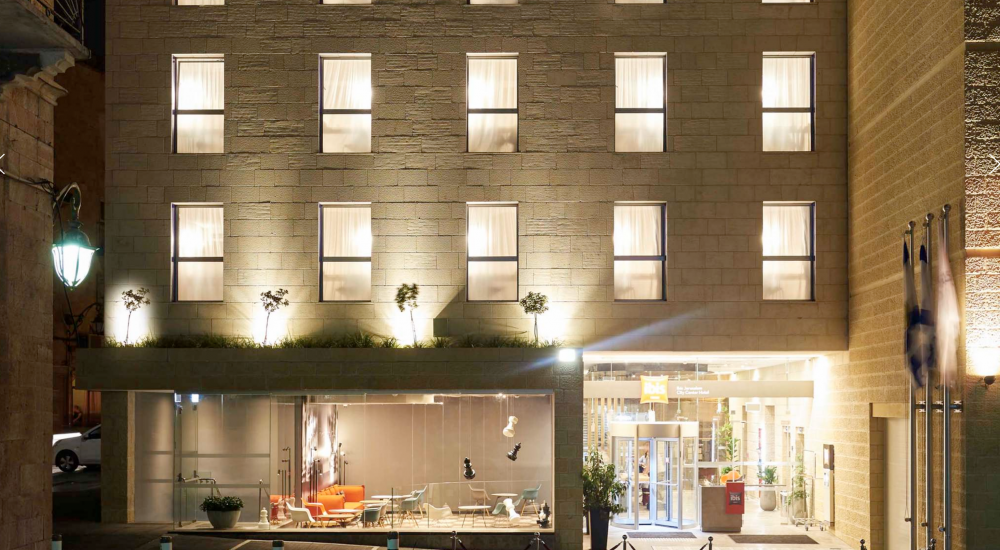 French multinational hotel chain Accor has opened its second hotel in downtown Jerusalem. The 104-room Ibis Styles is in the heart of the city at the bottom of the Ben Yehuda street pedestrian mall near Zion Square. Accor has added another five floors to the original four-floor building constructed in the early years of the British mandate on the corner of Luntz Street, according to Globes.

The new hotel is only several hundred meters from the Ibis Red Hotel at Yitzhak Elisar Street off Jaffa Road just on the far side of Zion Square. The 124-room Ibis Red hotel is located in a new building, which was opened in November 2018.Accor, which has 4,600 hotels in 100 countries, now has three hotels in Israel – the two Ibis hotels in Jerusalem and the David Tower Hotel Netanya MGallery by Sofitel.