In cooperation with the Israel Ministry of Tourism, Israel Travel News Ltd. Specially prepared to meet the needs of the British market , this new publication spotlights Israel as a tourism destination. Read more >
Meininger arrives in Israel
The group’s first hotel in the Middle East will be built on Levanda Street in Tel Aviv. 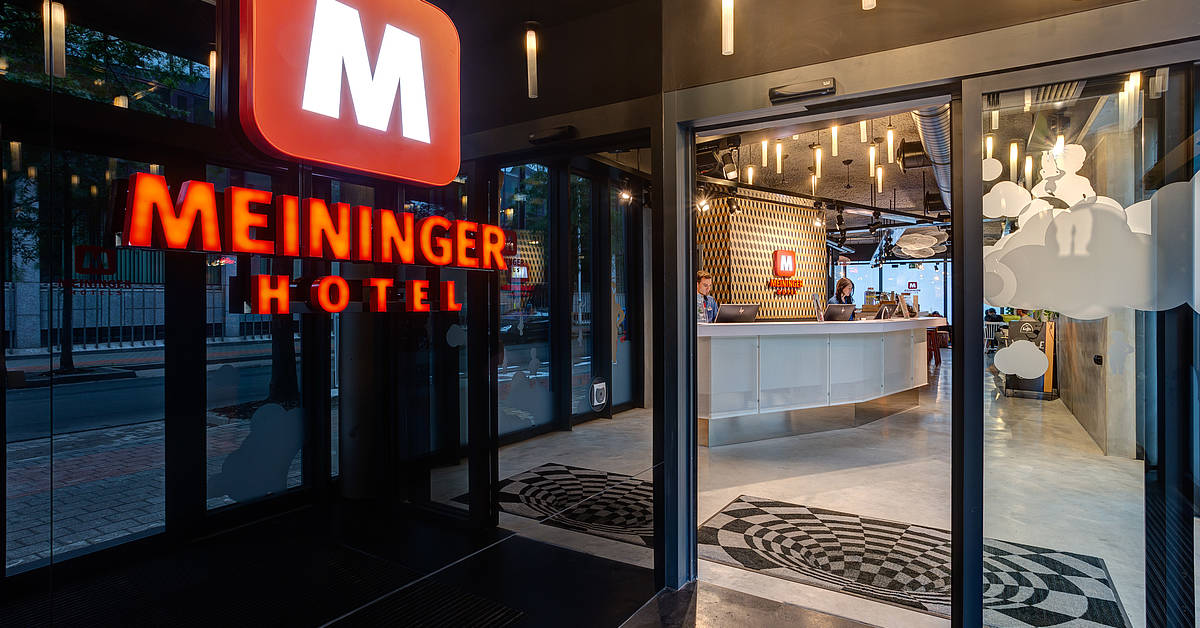 Following an announcement in November 2018 by the hotel group MEININGER of its intentions to enter the Israeli market, the group has just announced a new milestone in its expansion: the signing of a contract for its first property in Israel. This property, the group’s first hotel in the Middle East, will be built on Levanda Street in Tel Aviv.

According to the MEININGER group, this step represents part of its growth plans to operate over 35,000 beds worldwide by 2024. The hotel will be located in a 28-storey mixed-use building at 53, Levanda Street Tel Aviv and is expected to open in the second half of 2024. The project is being realized with an Israeli group of investors including Gal Emrald Ltd, Ez Hashaked Ltd, I.D.Barazani Ltd, A. Chver Ltd, Galileo Ashkenazi Ltd. The project manager is Nadav Lisovski and the law office representing them was Shimron Molcho. The sides met during the Israel Ministry of Tourism’s inaugural IHIS hotel investment summit in 2018.

The MEININGER statement notes that, in 2018, about 4 million tourists visited Israel, a record-breaking number resulting from a solid marketing strategy, the strengthening of infrastructures as well as the collaboration with foreign travel agencies and low-cost airlines. Tel Aviv has seen an 11 percent increase in visitor numbers last year alone and continuing increase in demand for accommodation over many years, especially in the budget segments. “The expansion into Israel opens up great potential for MEININGER Hotels in a completely new market,” says Hannes Spanring, CEO of MEININGER Hotels. “We are the first internationally operating hospitality company to bring the hybrid hotel concept to the Middle East. Although the city’s supply has grown immensely over the last 10 years, accommodation in the hostel, economy and budget segments is severely under-represented. As is typical for MEININGER Hotels, we expect high room occupancy rates in Tel Aviv of 90 percent and more.”

The MEININGER statement also notes that the new hotel, located in a 28-storey new building in Tel Aviv-Yafo, will offer 210 rooms and 800 beds across the floors four to 15, with an exclusive lobby on the ground floor. “Tel Aviv is a city that is equally visited by business and city travellers,” says Doros Theodorou, Chief Commercial Officer of MEININGER Hotels. “Our hybrid concept, which combines the best features of hotel and hostel, serves this mix of guests in the city very well. We will be offering two-, three-, four- and six-bed rooms. In Tel Aviv, we are bringing forward a MEININGER-typical hotel that combines the reliable service and high quality amenities of a hotel with the advantages of a hostel: these include a guest kitchen, a game zone and spacious public areas where guests meet and socialize.”

Israel’s Minister of Tourism Yariv Levin said: “Within the framework of the Tourism Ministry’s policy of reducing vacation costs in Israel and in order to encourage competition, we are working hard to introduce low-cost hospitality chains into Israel. I am pleased that our efforts are bearing fruit and I would like to congratulate MEININGER on its entry into Israel. This is a vote of confidence in Israeli tourism, following the record-breaking figures in incoming tourism. We are sure that this is just the beginning.”

Amir Halevi, Director-General of the Israel Ministry of Tourism, said: “I congratulate the international MEININGER chain on its entry into the Israeli tourism market, which is an expression of the Israel Ministry of Tourism’s global work with entrepreneurs and hotel chains. Thanks in no small measure to Lorin Maugery, Head of Foreign Investor Relations in our ministry, the introduction of the hotel giant, which has taken low-cost tourism as its mission, is another step in the long term process spearheaded by the Ministry of Tourism in promoting low cost tourism in Israel. This, as a result of the changing profile of today’s tourist and the need to facilitate accommodation options that “suit every budget”, thereby allowing for a wide range of tourists to enjoy and travel throughout Israel.”

The company statement continues: The new MEININGER Hotel is located in the in the south-east of Tel Aviv, east of the Neve Sha’anan neighbourhood and in walking distance to the Rothschild Boulevard and the city center. It is well connected to public transport: The Ha’Hagana railway station and the central bus station are within walking distance of less than 10 minutes. The international airport Ben Gurion is only 25 minutes away by car, direct trains from Ha’Hagana station run to the airport within 10 minutes, Jerusalem can be reached within 45 minutes. Guests of the MEININGER Hotel in Tel Aviv can also easily reach the Old City of Jaffa, the Tel Aviv beaches and other major attractions by foot or by bus. Several bus stops are less than 200 meters from the hotel. Popular neighbourhoods such as Nahalat Binyamin and Florentin, with many galleries, cafes, bars and restaurants, are also in the immediate vicinity of the hotel.

The hybrid concept of the MEININGER Hotels combines the service and comfort of an international budget hotel with exceptional facilities, such as a guest kitchen and game zone. Each hotel is characterized by excellent value for money, a very central location, high-quality equipment, and flexible room structure. The rooms range from traditional double rooms through private rooms with multiple beds to one bed in a dormitory. The individual design of each hotel reflects the character of its local environment and inspires different target groups with flexible hospitality solutions.

MEININGER currently operates 29 hybrid hotels in Europe with a total of 4,527 rooms and 16,018 beds in 17 European cities such as Amsterdam, Berlin, Brussels, London, Paris, Rome, St. Petersburg and Vienna. 16 hotel projects are under development. For the financial year 2018/2019, the hotel group recorded a room occupancy rate of 90 percent. In the Treugast Investment Ranking 2018, the MEININGER group achieved an AA ranking. The MEININGER group is headquartered in Berlin, Germany.