In cooperation with the Israel Ministry of Tourism, Israel Travel News Ltd. Specially prepared to meet the needs of the British market , this new publication spotlights Israel as a tourism destination. Read more >
New Jerusalem hotel 'Mishkenot HaTeatron' to be built
The hotel will be built opposite the Jerusalem Theater. 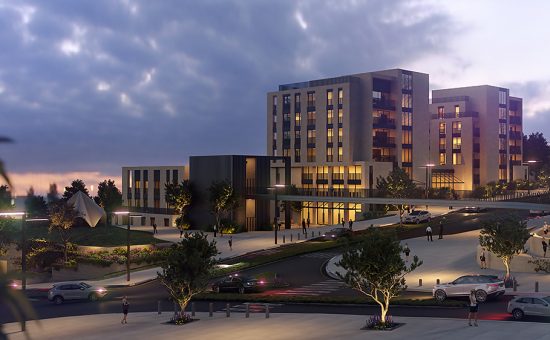 The Jerusalem Municipality’s local planning and building committee approved the construction of a new hotel – “Mishkenot HaTeatron” – in the Talbieh neighborhood on Chopin Street, opposite the Jerusalem Theater. The committee allowed the construction of a hotel of about 76 rooms alongside 42 housing units for residential purposes (above the hotel), combined with commercial areas and open public space. Recently, two new hotels were opened in the capital: new: IBIS STYLES on Ben Yehuda Street with 104 rooms and LADY STERN on Jaffa Street with 194 rooms. The municipality said that it is continuing to develop the city’s tourism industry. The Nitzba Hotel (325 rooms), the Braun Hotel (46 rooms), the Bishop’s House (50 rooms) and other hotels are currently under construction. At the same time, planning procedures are under way for a construction permit for approximately 2,000 more hotel rooms.

Mayor of Jerusalem Moshe Leon: “The tourism industry is one of the most important economic growth engines, bringing tens of thousands of tourists to the holy city, and with them many places of employment. The tourists who come to Jerusalem become our best ambassadors and are followed by other tourists. It’s good for the city, good for tourists, good for the economy and good for the country.”