In cooperation with the Israel Ministry of Tourism, Israel Travel News Ltd. Specially prepared to meet the needs of the British market , this new publication spotlights Israel as a tourism destination. Read more >
Tel Aviv's Textiles House complex office buildings to be converted to hotels
The Tel Aviv Municipality is encouraging such conversions from offices to hotels due to the shortage of hotel rooms in the city. 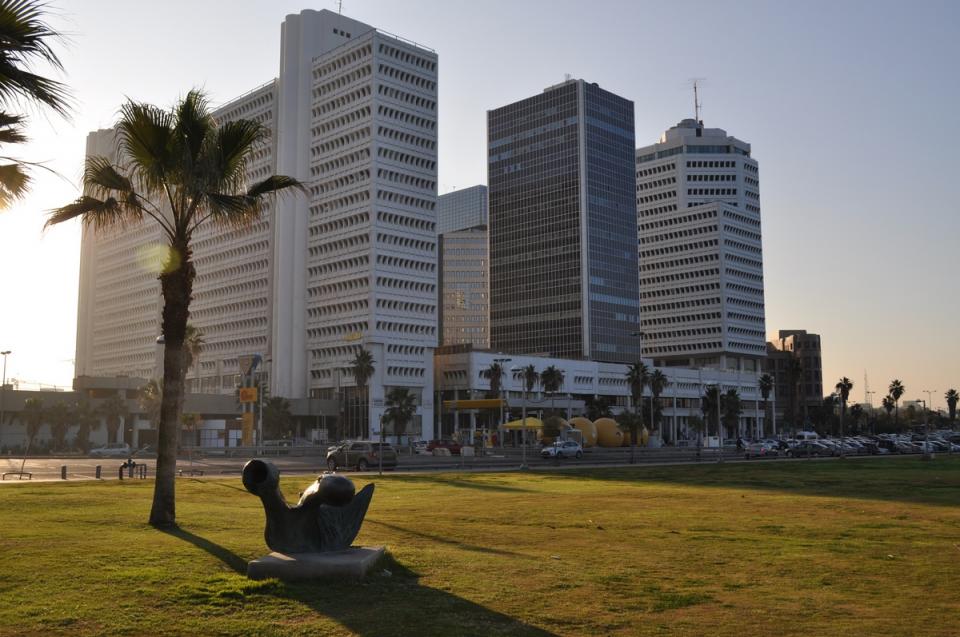 Plans have been drawn up to convert many of the high-rise office buildings in the Textile House seafront office complex into hotels, according to a report by Globes. “Built in the 1960s and 70s, firms leasing offices have abandoned the area for office buildings near Rothschild Boulevard and adjacent to the Ayalon Highway and even further away in Bnei Brak and Ramat Hahayal,” the report said.The Tel Aviv Municipality is encouraging such conversions from offices to hotels due to the shortage of hotel rooms in the city.

“Beit Gaon, an office tower on the Tel Aviv seafront near Neve Tzedek, is set to become a hotel. Netanel Group and Maor hotels bought 10 of Beit Gaon’s 17 floors in 2017. The 10 floors encompassing 6,000 square meters will be converted into a hotel with 173 rooms and a gourmet restaurant. Netanel Group Ltd. has signed an agreement to lease ten floors of Beit Gaon on Kaufmann Street to Brown Hotels. The lease is for 10 years with three options to extend for five years each. Under the terms of the agreement, Netanel Group and Maor Hotels, which each own 50% of the building, will bear the estimated NIS 50 million cost of converting the office building into a hotel.”