In cooperation with the Israel Ministry of Tourism, Israel Travel News Ltd. Specially prepared to meet the needs of the British market , this new publication spotlights Israel as a tourism destination. Read more >
The Historic American Colony Hotel Upgrades its Look
The prestigious boutique hotel has recently made a number of changes and upgrades to enhance the hospitality experience and the well-being of its guests. 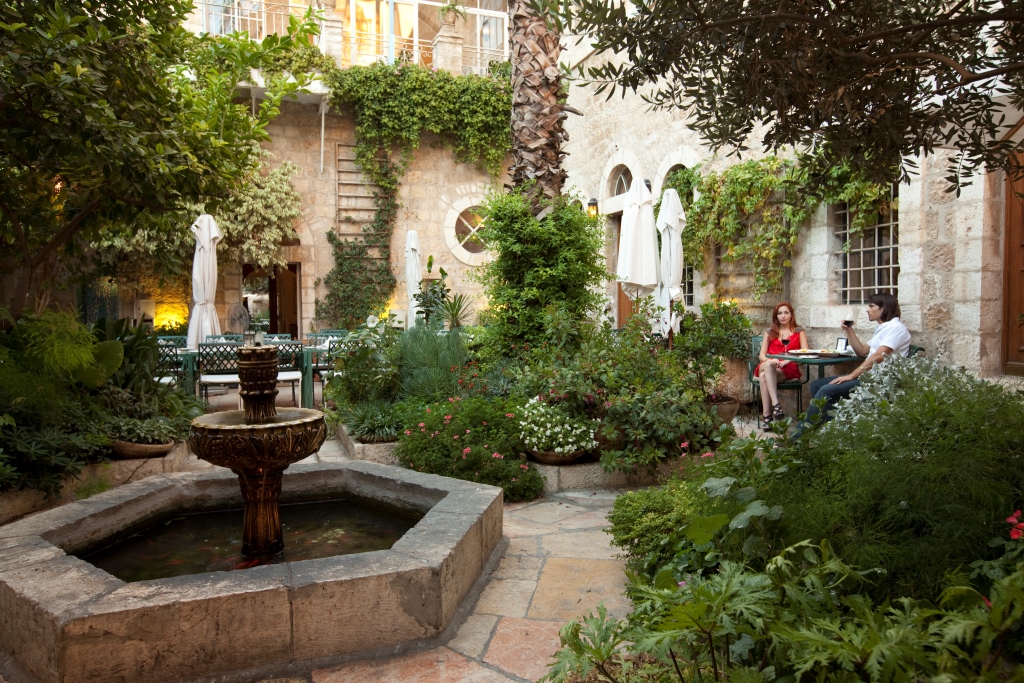 The luxurious hotel has undergone a refreshing facelift – a new and unique interior design in the suites, the dining room, the patio garden and more.

The prestigious boutique hotel has recently made a number of changes and upgrades to enhance the hospitality experience and the well-being of its guests. The unique, historic hotel aims to preserve the atmosphere of the period in which it was built so any change is carefully planned and goes down to the smallest details that integrate and merge with the existing oriental design.

The hotel’s facelift, down to the finest detail, the upgrades and the additions, strengthen the status of the American Colony as among the leading boutique hotels in Israel offering its guests modern luxury alongside authenticity and history.

The famous patio, one of the hallmarks of the hotel, was upgraded and new, colorful plants were planted there.

As described on its website, “the Colony has always been known locally as a neutral island, remaining outside the turbulent politics of the land. Owned neither by Arabs nor Jews, but by Americans, British and Swedes, it has always had friends from all sectors of Jerusalem’s mixed society. An oasis where Jews and Arabs comfortably meet, it is also a favorite haven for international journalists, high-ranking officers of the United Nations and diplomats from across the world.”