In cooperation with the Israel Ministry of Tourism, Israel Travel News Ltd. Specially prepared to meet the needs of the British market , this new publication spotlights Israel as a tourism destination. Read more >
Experts discuss MICE at Israel's IMTM
What can we do in order to promote Israel as a MICE destination? 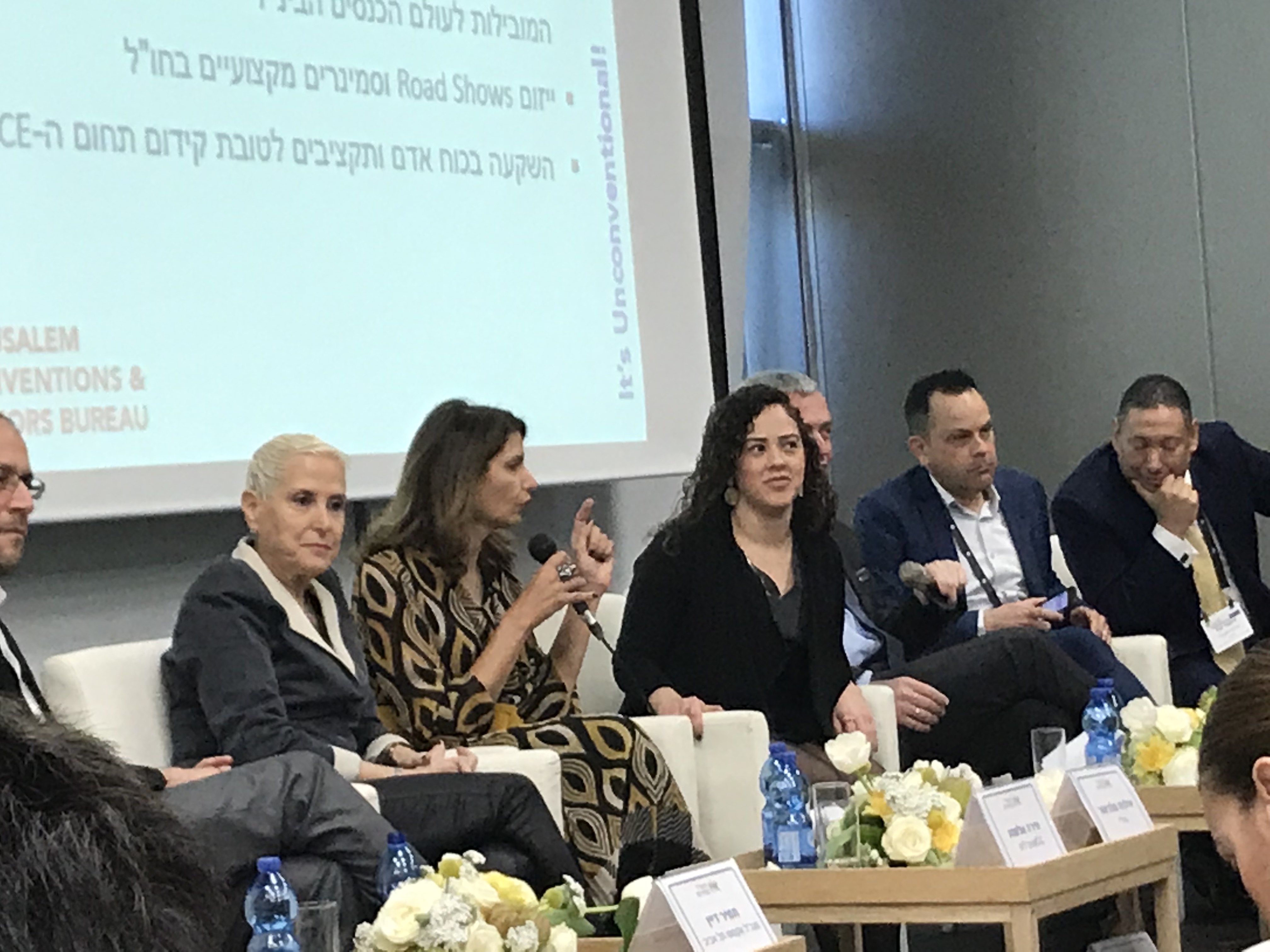 The largest tourism conference in the Middle East, International Mediterranean Tourism Market (IMTM) has wrapped up two days of sensational exhibitions with numerous countries from around the world offering their tourism wares. While the massive downstairs hall held the many exhibitors’ pavilions and booths, the upstairs rooms served as a space for meetings and panels.

The “Events and Conferences Tourism in Israel,” panel held by the Israeli Ministry of Tourism, was attended by many people interested in hearing from experts on the topic of Meetings, Incentives, Conferences and Exhibitions (MICE).

According to Daniella Garson, Brand Manager at Israel’s Ministry of Tourism, the ministry changed its organizational structure and it now has a new section in its marketing department focusing on brands. Garson is in charge of the MICE industry which the ministry wants to attract to Israel.

Garson explained that the focus now is: What can Israel offer currently and why is the country low on the chart in bringing international conferences, which can bring so many tourists?

“We don’t have enough,” she said. “Jerusalem used to be one of the five top destinations to hold conferences. These conferences bring many tourists and they stay in our hotels. What can we do in order to promote Israel as a MICE destination? We want to hear from those in the industry. What do they suggest? One company is bringing 6,000 people to Jerusalem for a week. We are trying to promote this and work on how and what we need in order to bring more. We want people of influence to push their companies to hold their next conference in Israel.”

Some of the panelists, experts in working on events in Israel, included, Lior Gelfand from Ortra, Ilanit Melchior from Jerusalem, Mira Altman from the ICC in Jerusalem and Eitan Schwartz from Tel Aviv.

According to Altman, the city itself has a major impact on whether conferences will be held there. She said that China could be a major source of MICE tourism and she said she sat with a number of heads of major industries to discuss the possibilities. She asked for help from the Ministry of Tourism to help discover ways to bring large groups from China and elsewhere for conferences and events in Jerusalem.

According to Melchior, “Israel needs to think out of the box.” She said Jerusalem can offer much with regard to helping companies hold events and conferences in the city.

“I am honored to push and promote it,” Garson said on the idea of bringing brands and their events to Israel.