In cooperation with the Israel Ministry of Tourism, Israel Travel News Ltd. Specially prepared to meet the needs of the British market , this new publication spotlights Israel as a tourism destination. Read more >
Foreign Tourists Visited the Most Ancient Boat in Israel
For more than a year, there was no foreign tourism in Israel due to the COVID-19 virus. Many places remained closed, including the Yigal Alon house, where the ancient boat linked to the time of Jesus stands 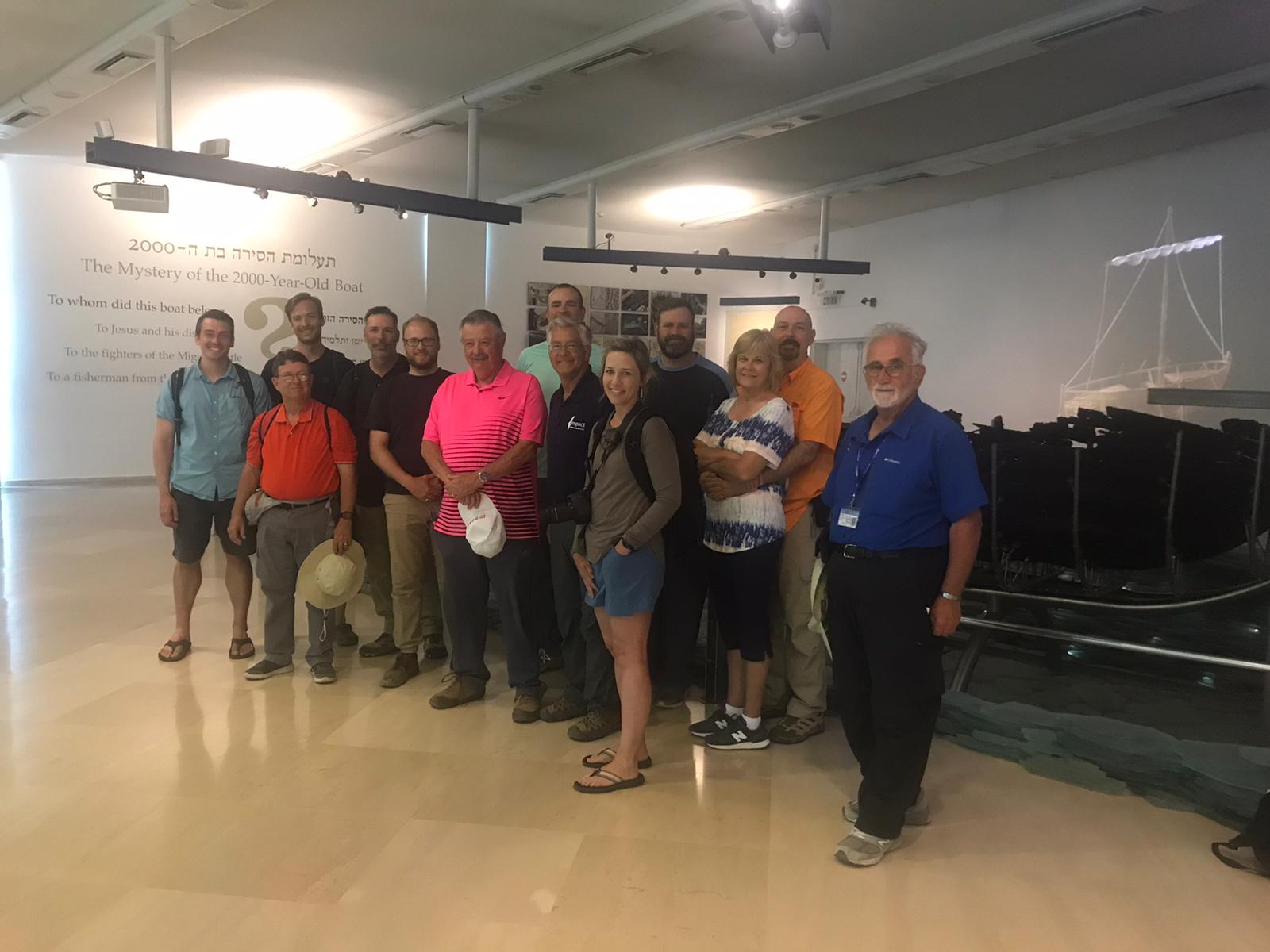 The Beit Yigal Alon Museum, located at the foot of the Sea of Galilee, and attracting tens of thousands of tourists a year – who come to see up close the ancient boat associated with the time of Jesus – was closed. The wooden boat was pulled from the Sea of Galilee and the museum staff continued to gently maintain it, in the hope that it would “come back to life” again and not stand alone on the spot.
In recent days, tourism from abroad has begun to resurface and this past weekend, first visitors from the United States arrived waiting to visit the museum and view the ancient boat that is of great importance to them.
“The ancient boat is an unusual and very significant archeological and historical item, especially for Christians who believe that the boat is associated with Jesus, and therefore attracts tens of thousands of tourists a year. It is therefore not surprising that we are excited to receive visitors from Israel and around the world who also enjoy all the other things that Yigal Alon has to offer.”, says Eran Schwartz, CEO of Beit Yigal Alon.
The ancient wooden boat was discovered in January 1986 by the brothers Yuval Lufen and Mishla Lufen, members of Kibbutz Gnoser. This was after a year of drought, in which the waters of the Sea of Galilee receded. Archaeologists from the Israel Antiquities Authority, with the help of many volunteers, rescued the boat in 11 days of excavation. The boat sailed on the Sea of Galilee during a period of special historical significance. The shores of the lake were the background to the actions of Jesus and his disciples as narrated in the New Testament. At that time, the shores of the Sea of Galilee were inhabited by Jewish settlements.
The nature of the boat and carbon-14 testing allowed it to lengthen to the period from 50 BC to 70 AD. The length of the boat is 8.20 meters, 2.30 meters wide and 1.25 meters high. It was apparently equipped with a sail and two pairs of oars, and two rudder oars were installed in it. From its data it is probable that it was manned by four rowers and the helmsman. The body of the boat is made of twelve different types of wood, mainly Lebanon and oak. The other ten types of wood were added to it during the many repairs made to it over the years, and included pine, carob, allspice, plane, sycamore, willow, hawthorn, jujube, noble oak and Atlantic. When it became clear that the boat was no longer usable, all the useful wooden parts were removed from it, and its remains sank into the sea water.