In cooperation with the Israel Ministry of Tourism, Israel Travel News Ltd. Specially prepared to meet the needs of the British market , this new publication spotlights Israel as a tourism destination. Read more >
September tourism to Israel breaks another record
Approximately 405,000 tourist entries were recorded in September, 44% more than last year. 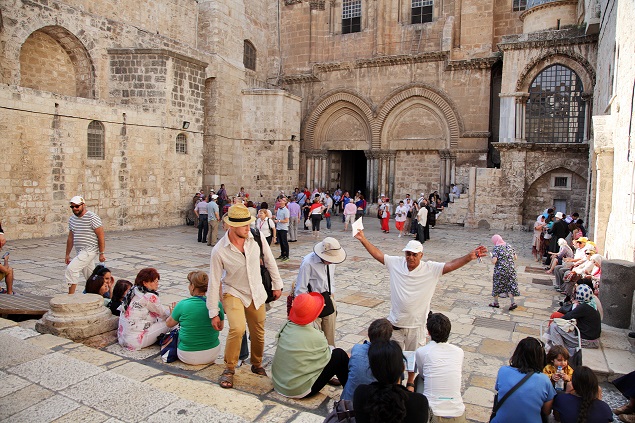 Israel has proven yet again that it is a country worth visiting at least once, if not many times over as it breaks another record, surpassing its own highest number of tourist entries from last year.

According to Israel’s Central Bureau of Statistics, approximately 405,000 tourist entries were recorded in September 2019, 44% more than September 2018 and 46% more than September 2017. In the period January – September 2019, 3.297 million tourist entries were recorded, as opposed to 2.917 million in the same period last year, an increase of 13%. (It should be noted that a fuller picture will emerge with the publication of the October statistics, given the fact that the Jewish holidays typically fall in September and October). Revenue from incoming tourism in September stood at $581 million (about NIS 2.1 billion) and, since the beginning of the year, at $4.728 billion (about NIS 17 billion).

Minister of Tourism Yariv Levin said, “September continues the upward trend in incoming tourism with impressive increases and monthly records broken. We are marketing Israel around the world in line with our innovative and market-focused strategy, and we are seeing the results. We continue to develop new markets, while working to maintain traditional markets. In recent years, tourism has become an engine for economic growth and improves our image around the world and I welcome that.”

Director General of the Ministry of Tourism, Amir Halevi, said, “Another record-breaking month that serves as testimony to Israel’s attractiveness to tourists from around the world. The Israel Ministry of Tourism is working constantly to ensure a continuation of these record-breaking statistics and to develop new tourism products in order to attract varied target markets such as extreme adventure tourism.”

Clearly, Israel is rising as a top tourist destination as even more people from around the world choose this small, but incredible country as a place to visit and revisit.