In cooperation with the Israel Ministry of Tourism, Israel Travel News Ltd. Specially prepared to meet the needs of the British market , this new publication spotlights Israel as a tourism destination. Read more >
Kikar Hamusica
Kikar Hamusica (Music Square) recently opened to visitors Yoel Salomon St. in Jerusalem. Through the combined vision of French project creator Laurent Levy and museum director Eldad Levy, (the two are not related), to “unite all through music,” the 700m² project is advancing in its development 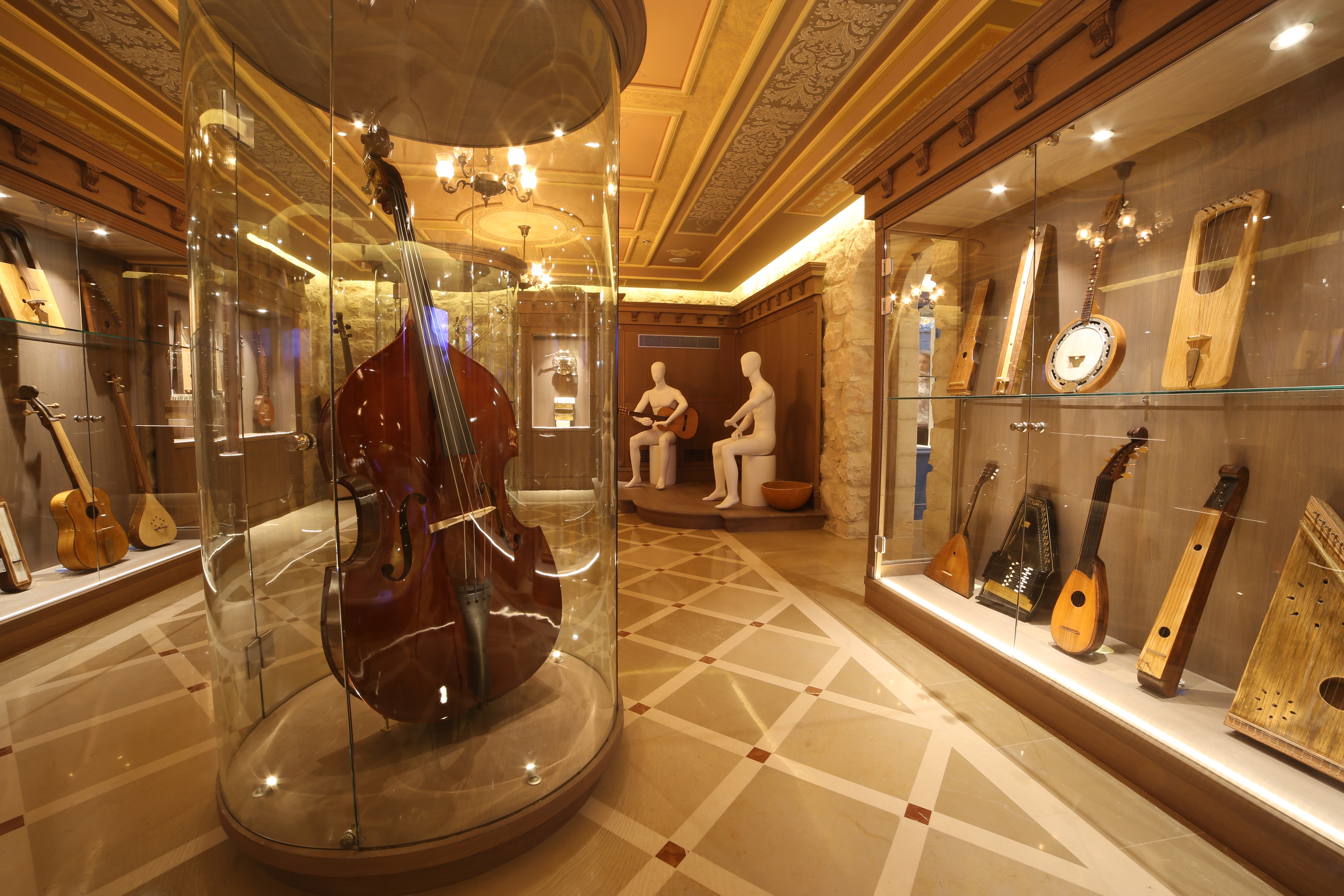 Kikar Hamusica (Music Square) recently opened to visitors Yoel Salomon St. in Jerusalem. Through the combined vision of French project creator Laurent Levy and museum director Eldad Levy, (the two are not related), to “unite all through music,” the 700m² project is advancing in its development. A courtyard is punctuated by a selection of music-themed restaurants, cafés and bars and features a stage that will be used for daily music performances, from April. “The vision is to create a space similar to the Piazza in Madrid, where people from across the globe come together to enjoy themselves and a diversity of music,” says Marketing Manager Yaniv Levy.

The Hebrew Music Museum
The interactive Hebrew Music Museum opened in April and has experienced “…a footfall of over 20,000 visitors since opening, mostly domestic at present but we are sure this will change over the coming months as the square develops,” outlines Levy. Self-guided tours are offered in English, Hebrew, French, Spanish and Russian via a hand-held tablet and a set of headphones that allows visitors to tour the 350m² museum at their own pace.

The museum presents 260 original music artifacts across sevens rooms designed to represent the style of regions where Jewish people lived during the Diaspora: Central Asia; Morocco; Europe; the Balkans; Iraq and Yemen, along with a room for Israel. Each room is accompanied by audios and explanations of the different musical instruments and illustrates the evolvement of Hebrew music following the destruction of the First Temple. A room containing a model of the Second Temple (Beit HaMikdash) and sets of Oculus headsets offers visitors a virtual reality depiction into the services and music playing within the Holy Temple. “We are the first museum to offer this technology and it is an element of the innovative music experience that everyone can enjoy,” says Levy. “The feedback so far has been very positive, and we maintain a high ranking on TripAdvisor.”

A music-themed gift shop is located at the museum’s entrance and sells a selection of miniature instruments, Hebrew music CDs and other souvenirs. One door down is an art and music gallery selling paintings, sculptures and decorated instruments made by various Jewish artists.

Future Developments
An auditorium, currently under construction, will open later in the year. It will offer three-dimensional movies on the subject of music and also serve as a performance space seating an audience of up to 350. Also to launch this year are schools for music and voice, dance and comedy. “We are yet to explore the option of offering classes to the public; this is a decision to be made closer to the opening,” explains Levy. A recording studio and Hebrew music library are also in the works.

A project slated for 2020 is a 70 room art-deco hotel in a building located on the complex, with rooms themed on different styles of music. Seventeen apartments, designed with musical artwork, are currently available for short and long-term rental close by.