In cooperation with the Israel Ministry of Tourism, Israel Travel News Ltd. Specially prepared to meet the needs of the British market , this new publication spotlights Israel as a tourism destination. Read more >
National Campus for the Archaeology of Israel
The Israel Antiquities Authority (IAA) has undertaken a project to bring together and display a collection of two million archaeological objects, including 15,000 Dead Sea Scrolls, in the Jay and Jeanie Schottenstein National Campus for the Archaeology of Israel. 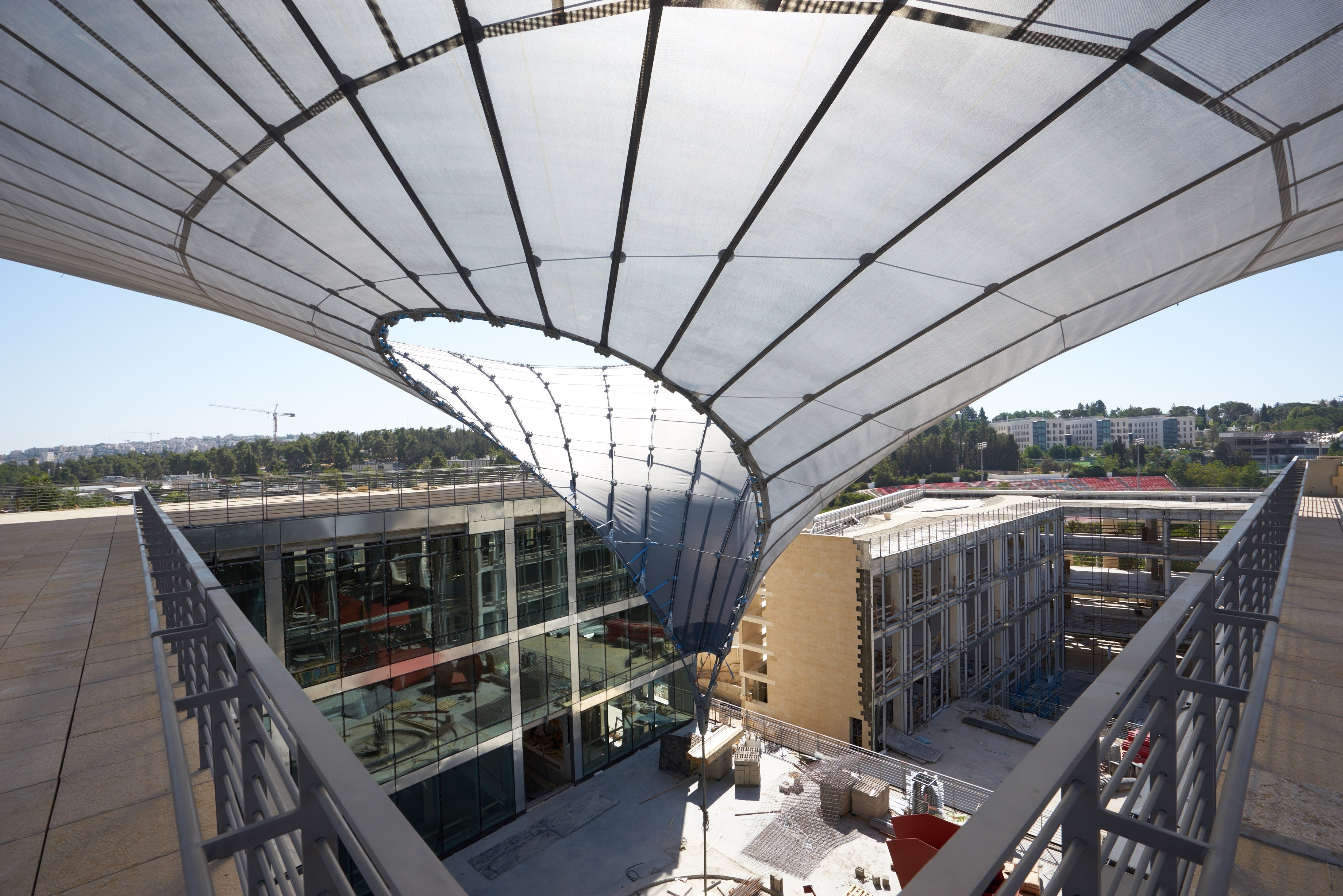 The Israel Antiquities Authority (IAA) has undertaken a project to bring together and display a collection of two million archaeological objects, including 15,000 Dead Sea Scrolls, in the Jay and Jeanie Schottenstein National Campus for the Archaeology of Israel. Currently under construction, the campus is slated to open late 2017 and is located on Museum Hill in Jerusalem, between the Israel Museum and the Bible Lands Museum. Designed by architect Israel born Architect Moshe Safdie, who also designed Yad Vashem among many other projects, the complex is situated over three descending courtyards, the principal of which is sheltered by a tensile canopy.

ILS 400 million has been invested by 26 donors in the 36,000m² campus, which will permit the public access to behind-the-scenes work of archaeological discoveries and will feature laboratories, an educational center and national library for archaeology, among other spaces.

The first permanent exhibition will present the story of a Caeserea Harbor shipwreck, and a temporary exhibition will showcase 7,000 year-old artifacts from Chalcolithic culture. Visitors will also be able to walk on a suspended bridge that is to project an audiovisual display onto thousands of artifacts within the center, which will house national treasures.

Center for Excavations, Conservation, Research and Publications of the Archaeology of the Land of Israel
The western building, which spans almost 17,000m², will serve as the center for archaeological work of the IAA providing laboratories and research facilities, archaeological housing centers, open courtyards, a roof-top exhibition garden, public areas, a café and the IAA’s headquarters.

Brigitta and Emmanuel Davidson Rooftop Archaeological Garden
The rooftop garden will showcase archaeological finds including mosaics, columns and friezes in addition to original and reconstructed structures from various periods and locations throughout Israel.

Other elements of the campus include ancient coin, glass, textile, mosaic, pottery and jewelry and artifact centers which will be open to the public