In cooperation with the Israel Ministry of Tourism, Israel Travel News Ltd. Specially prepared to meet the needs of the British market , this new publication spotlights Israel as a tourism destination. Read more >
Cable Car Tourism Project at the Western Wall
The Knesset (Israel’s Parliament) has approved the construction of a cable car tourism project to the Western Wall 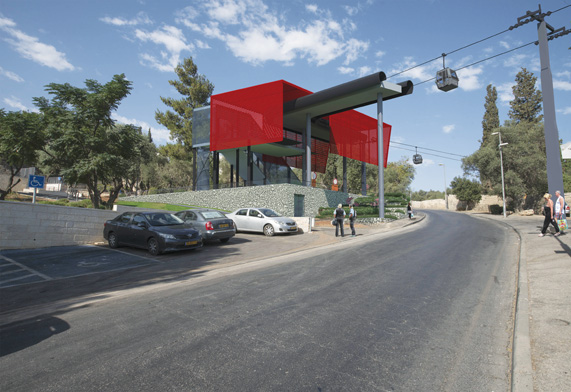 The Knesset (Israel’s Parliament) has approved the construction of a cable car tourism project to the Western Wall, as motioned by Minister of Tourism Yariv Levin. The first phase of the project, led by the Israel Ministry of Tourism and Jerusalem Development Authority, has been approved, with an initial budget of ILS 15 million allocated from the Israel Ministry of Tourism towards the total estimated cost of ILS 200 million, and with an operational date during 2021.

According to Levin: “The future cable car will change the face of Jerusalem, allow easy and convenient access for tourists and visitors to the Western Wall and serve as an exceptional tourist attraction. There is no more appropriate and exciting time than this – 50 years since the reunification of Jerusalem – to launch this revolutionary project.”

The cable car will cover a 1.4km route across four stations: the First Station, HaMefaked Street, Mount Zion and the Dung Gate of the Old City, carrying 40 cars with up to ten passengers in each. As a convenient source of providing quick access to the Western Wall, an estimated 3,000 visitors can be transported every hour in each direction, traveling up to speeds of 21 kilometers an hour and serving the 130,000 or so visitors that frequent the site on a weekly basis.

Western Wall Elevator
In addition, following over a decade of planning, construction is to begin on an elevator, descending 26 meters that will connect the Old City’s Jewish Quarter to the Western Wall, at a projected cost of ILS 50 million. Its entrance will be located on Misgav Ladach Street, with a 65 meter pedestrian tunnel stationed at the exit leading to a security check at the entrance to the site.