In cooperation with the Israel Ministry of Tourism, Israel Travel News Ltd. Specially prepared to meet the needs of the British market , this new publication spotlights Israel as a tourism destination. Read more >
Fattal opens VIP luxury lounge at Ben Gurion Airport
The terminal offers luxurious pre-flight services at all stages, from check-in to security and customs. 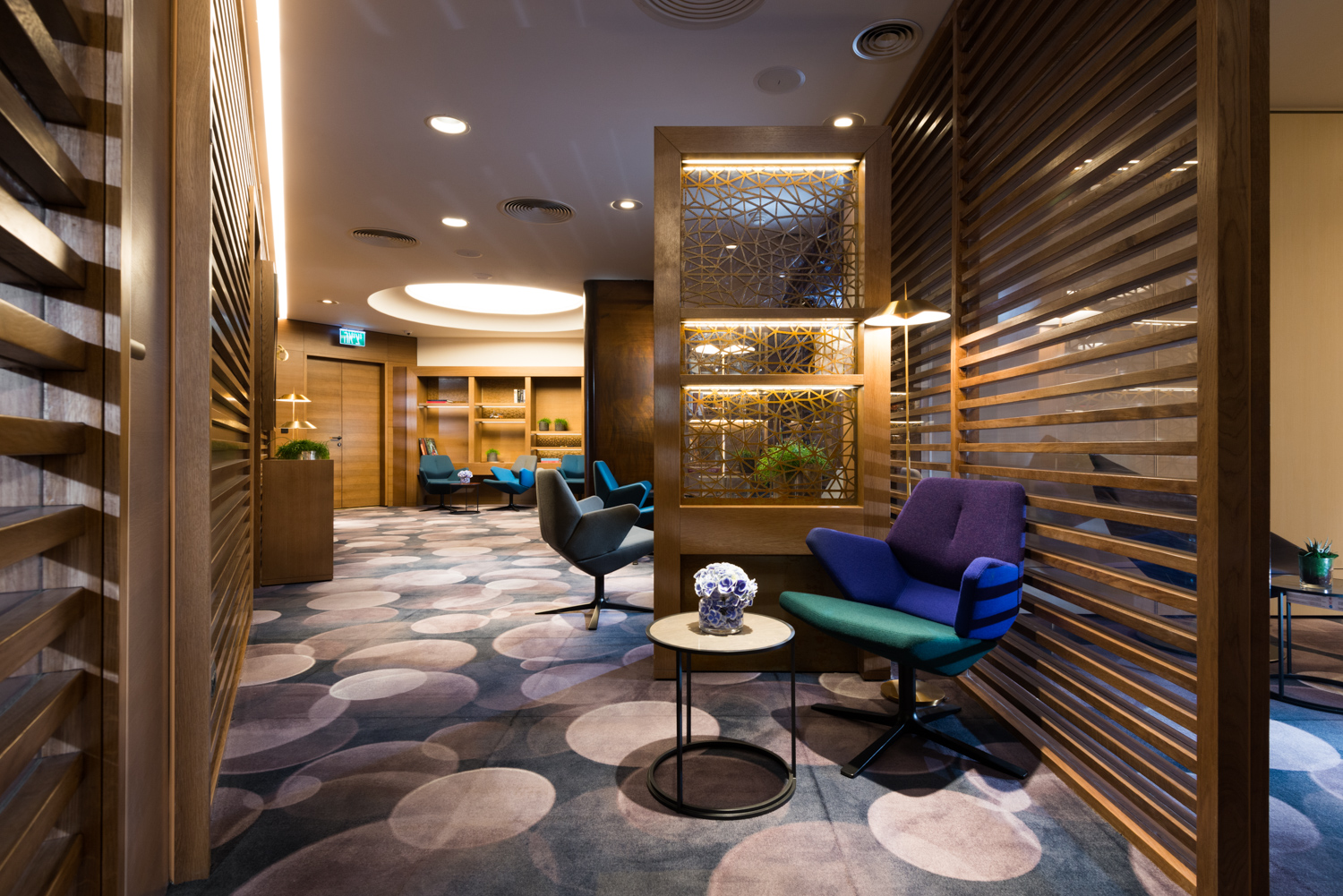 The Fattal terminal at Ben Gurion Airport, located in the Masada hall near the entry hall to Terminal 1, covers 1,300 square meters. It has a conference room, six private rooms, and a room for resting with a double bed and a private bathing room. Stewards are available for the guests. For those unwilling or unable to do without preflight shopping, there are two stores: H. Stern and James Richardson, and a cigar smoking room.

Fattal business development manager Assaf Fattal explains that what led to the construction of the private terminal was an increase in the number of passengers, including the business segment, together with activity synergetic to Fattal’s core activity with 200 hotels. Terminal guests are guaranteed discretion, and the air crews of private planes are offered rooms for relaxation and showers to freshen up.

Fattal founder David Fattal says that the private terminal will enable businesspeople to come for two or three hours for a business meeting and take off on a return flight after the crew waits for him or her in luxury conditions. “We’re looking to the future, several years from now. The idea is that Israel can be a hub of private flights in the future,” he says, while at the same time emphasizing, “The terminal is open to everyone, not just people flying on private planes, businesspeople, or state visitors.”

Shani Shiferman, 40, who formerly managed the Dan lounge at Ben Gurion Airport, will manage the new terminal. She says, “We are aware of the fact that the services are not cheap. We’re focusing from the beginning on a fairly focused audience whose time is its most precious resource, and who wishes to upgrade its airport experience for purposes of work, rest, and tranquility.” Shiferman estimates that the terminal will serve 50,000 people a year.

The pleasure is not a cheap one. The price of using a guest room at the Fattal terminal is $485 for the first person and $340 for any additional people, for a stay of up two hours. For Shiferman, the price indication should be the prices charged by private terminals around the world, where the price can reach thousands of dollars a person. At the same time, the luxury involved in unusual and the space offered is larger. Those foregoing a private room for the central space will pay $395 per person and $265 for any additional people.

The terminal, built at a cost of NIS 18 million, offers luxurious pre-flight services at all stages, from check-in to security and customs. Passengers paying $400-800 a head can wait in private rooms or in a lobby, eat and drink, and even smoke a cigar and travel to the plane in a private vehicle (to the gate if there is a sleeve through which the passengers enter the plane, or to the very entry point of the plane for planes taking off from Terminal 1).