In cooperation with the Israel Ministry of Tourism, Israel Travel News Ltd. Specially prepared to meet the needs of the British market , this new publication spotlights Israel as a tourism destination. Read more >
Finally! The Jerusalem-Tel Aviv high-speed train is here 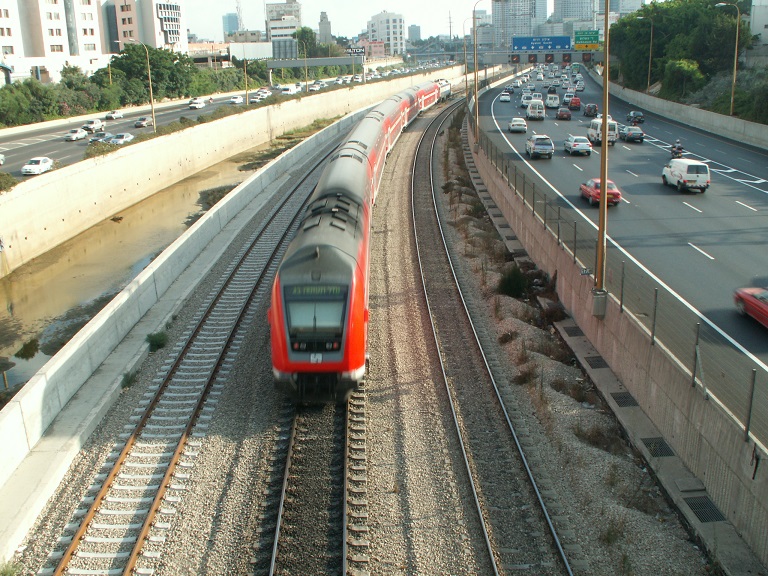 Now tourists have yet another way to travel around Israel. After an 11-year delay, the new high-speed rail link between Tel Aviv and Jerusalem began running on Saturday night, Dec. 21. The rail line cost approximately NIS 7 billion ($2 billion) to construct. The Jerusalem station is 80 meters underground, making it one of the deepest railway stations in the world with three long and steep escalators descending down into the depths of Jerusalem. Travel time on the new route is about 30 minutes—a third of the time it takes on the old Jerusalem-Tel Aviv railway line.

“This route will become popular when people realize its major advantages in traveling between Israel’s two biggest cities over any other mode of transportation,” said an Israeli Transportation Ministry source familiar with the project, according to a report in Globes. “Demand for the route will rise steadily, and it will become one of the most popular routes in Israel Railways’ schedule, if not the most popular of all. It is changing the situation of people working in Jerusalem and living in Tel Aviv, and vice versa.”

Further extensions to the fast rail’s route are planned in the future, according to a senior Israel Railways source. One possibility that has been floated, is an extension to the Western Wall.