In cooperation with the Israel Ministry of Tourism, Israel Travel News Ltd. Specially prepared to meet the needs of the British market , this new publication spotlights Israel as a tourism destination. Read more >
Forbes: Israel among 'Top 15 Places to Travel in 2019'
'A lot is happening in the Holy Land in 2019.' 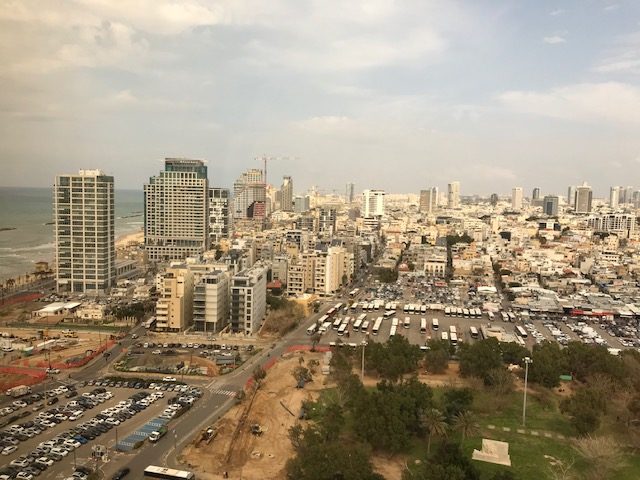 Forbes has once again listed Israel as among the top destinations in the world. In a list titled, “The Top 15 Places To Travel In 2019” it writes, “Here are 15 exciting destinations we predict travelers will be buzzing about all year long.”

“A lot is happening in the Holy Land in 2019. A new high-speed train, which already fast-tracks the commute between Tel Aviv and Ben Gurion International Airport (itself undergoing a major overhaul), will link Jerusalem and Tel Aviv in under 30 minutes when it opens early in the year. That and new direct flights from United and Delta will make traveling in and out of Israel a breeze. New hotels are poised to take advantage of the influx. Head-turning luxury boutiques like The Setai, located in a 12th-century Crusader fortress; The Jaffa, spotlighting a preserved chapel turned night club; and The Drisco, a design gem in the up-and-coming Noga neighborhood, have upped the ante on accommodations in Tel Aviv, which is also getting two new properties from Brown Hotels — the hip, budget-friendly Dave Levinksy and the sprawling Menorah — in the new year, as well as the White City Center, a foundation aimed at protecting and celebrating the city’s Bauhaus architecture in honor of the 100th anniversary of the design approach. Jerusalem’s hotel scene has also undergone a renaissance, with the Waldorf Astoria, Orient, and David Citadel offering travelers new places to stay in the old city. Wellness seekers will be glad to hear that a new beachfront property, Brown Mediterranean Ashdod, is coming in the spring, but will all but flip at the country’s most anticipated opening: Six Senses Shahrut, down south in the Negev desert outside Eilat, which will sport 58 luxurious suites and villas and a massive spa.”