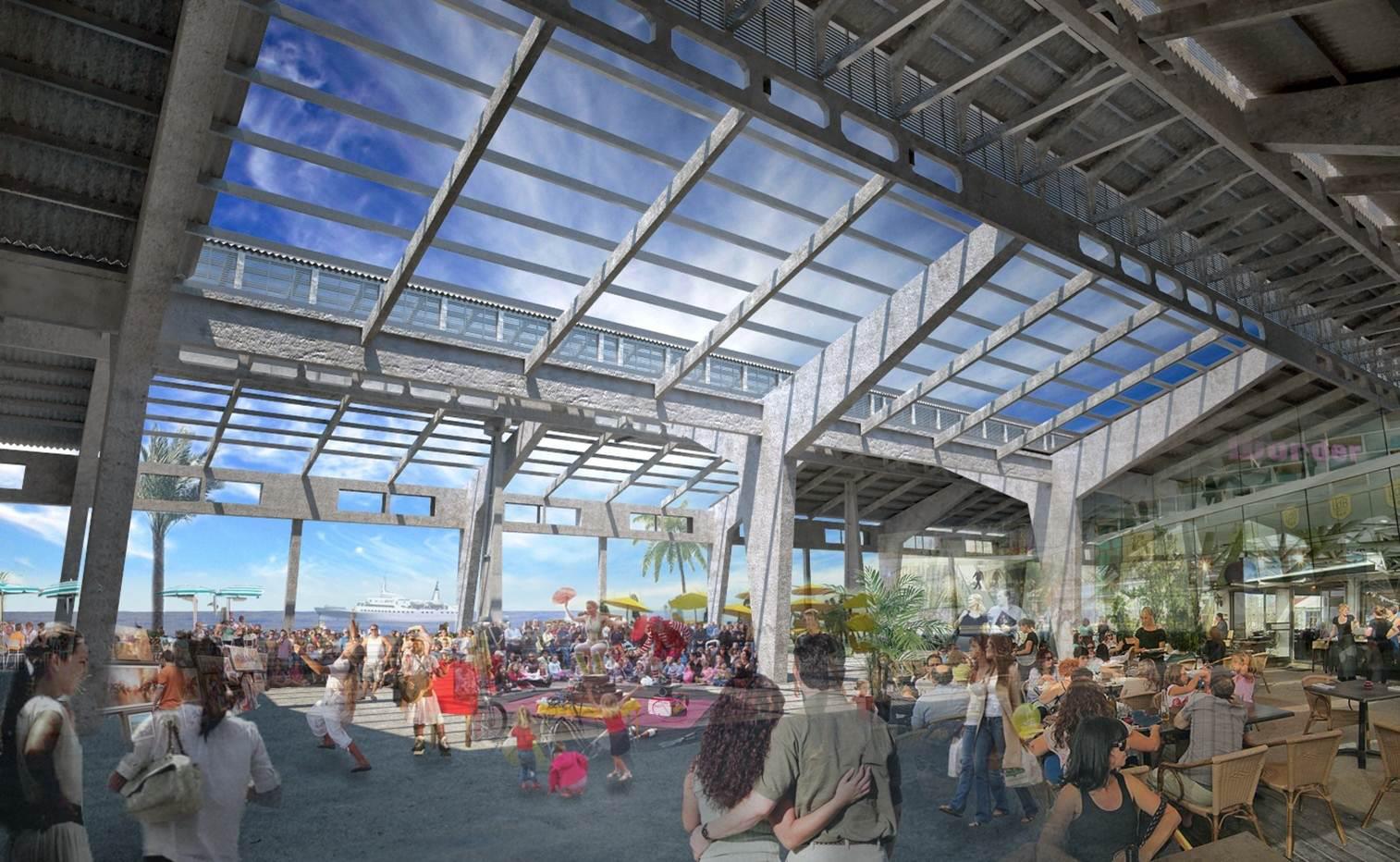 A new seafront project in Haifa, initially approved by Israel’s National Planning and Building Council last year, has received final approval from the government’s Housing Cabinet. The plan was initiated in a joint bid by the National Planning Administration and the Municipal of Haifa, as part of an ongoing effort to renovate Haifa’s lower city. The sea front program will focus on the western section of the port, in order to create a tourism complex and leisure center.

According to the Municipality of Haifa the port will rehabilitate existing buildings (most of which are currently being used as warehouses) into spaces for an entertainment center, comprising galleries, restaurants, coffee shops and commercial areas; similar to the sea front district of Barcelona. It will also create a connection between the city and beach within an area that has been closed to the public for decades, in order to strengthen Haifa’s metropolitan area.

The space will construct a series of pedestrian areas, a beach promenade and a series of small squares across approximately 84 acres at the port and around 242 acres around the German Colony and lower city. A pedestrian gate will also be erected at the edge of Ben Gurion Blvd., serving as an entrance to the complex at the junction of Haifa Port and the German Colony.

Upon its completion, the tourist boulevard will stretch from Louis Promenade on Mount Carmel, along the Baha’i Gardens, to conclude at the port. The development is made possible by the plan to sink the central sections of the existing railway track, in order to eliminate any barriers between urban land and the sea.