In cooperation with the Israel Ministry of Tourism, Israel Travel News Ltd. Specially prepared to meet the needs of the British market , this new publication spotlights Israel as a tourism destination. Read more >
Israel continues to see upward trend in tourism
From January-November, 4.2 million tourists arrived compared to 3.8 million in the corresponding period last year. 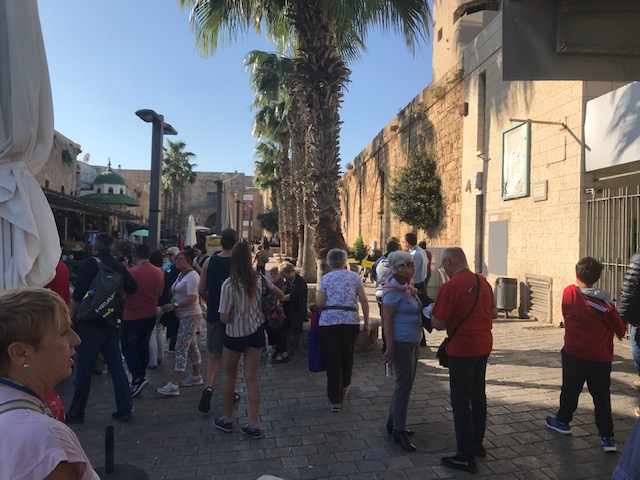 Israel saw a 16% increase in November 2019 compared to last year.

Minister of Tourism Yariv Levin said, “I am glad we are nearing another annual record break in tourist arrivals to Israel. I expect we will end the year with the addition of about half a million tourists, which is the result of audience-focused marketing efforts and successful campaigns that have gained tremendous exposure on an international scale as well. Incoming tourism contributed about NIS 21 billion to the economy this year, strengthening Israel’s image and position in the world.”

Director General of the Ministry of Tourism, Amir Halevy: “Another month of record in tourist arrivals proves above all doubt that with the right work and over time you can see results and numbers that seem so far from the imagination. The favorable weather in the months when Europe has bad weather makes Israel an attractive destination and we emphasize that in our campaigns around the world.”

In the January-November total, 4.2 million tourists came in compared to 3.8 million in the corresponding period last year, an increase of 10.7%.

The estimated volume of income from incoming tourists in November is approximately NIS 2.3 billion, with the beginning of the year being estimated at NIS 21 billion.