In cooperation with the Israel Ministry of Tourism, Israel Travel News Ltd. Specially prepared to meet the needs of the British market , this new publication spotlights Israel as a tourism destination. Read more >
Israel taking steps to minimize global spread of coronavirus
A number of flight routes to Israel have been cancelled as foreigners from certain countries are banned from entering. 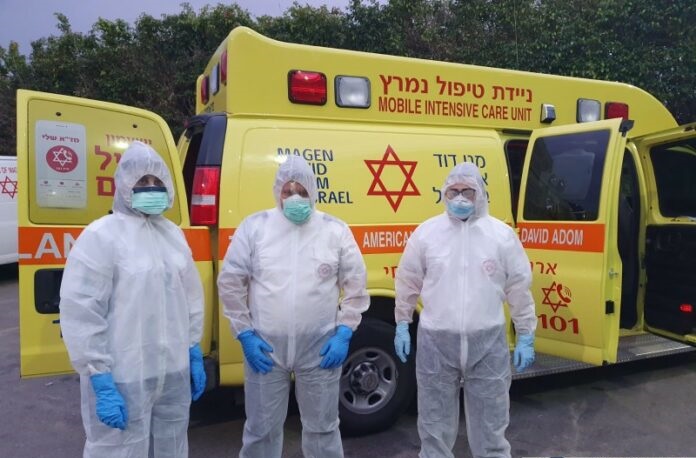 With the outbreak and spread of the coronavirus over the last few weeks, Israel is taking no chances. Numerous flights have been cancelled and foreigners from certain designated countries are forbidden from entering Israel.

The suspension of all flights was expected after Israel’s Ministry of Health banned all Chinese, Hong Kong, Singapore and Thai nationals from entering the country. All Israelis returning home from those countries are required to quarantine themselves for two weeks.

A Korean Air plane that landed in Israel had 200 Korean citizens on board and twelve Israelis. The plane was parked at a distance from the terminal building, and the Israeli passengers were sent to home quarantine for fourteen days. The Korean passengers were denied entry into the country and after the plane was cleaned and resupplied, had to make the twelve hour journey back to Seoul with the designated replacement crew.

Korean Air operates four flights weekly between Seoul and Tel Aviv. These flights will now presumably be suspended, like all flights between Israel and China and Hong Kong.

At this stage, there is no general order concerning South Korea, but Korean tourists now in Israel will have to enter an immediate fourteen-day quarantine, as will Israelis returning from South Korea. The order has been expanded to cover Israeli tourists returning from Japan, Macau, Singapore, and Taiwan as well. Israel Incoming Tour Operators Association director Yossi Fattal has told members of the association that groups from South Korea, Japan and Taiwan planning tours in Israel should be immediately informed that the tours are cancelled.

Israel’s Ministry of Health is attempting to determine whether COVID-19 has taken hold in Israel as a result of the visit by the Korean tourists who were diagnosed with it on their return to Korea. The ministry has published the Korean tourists’ itinerary along with guidelines for those who may have come into contact with them.

Japan and Taiwan have been added to the list of countries from which the Ministry of Health is banning the entry of foreigners to Israel. Israeli residents who spent time in these countries will be required to enter isolation upon their return to Israel. The list currently includes China, Hong Kong, Singapore, and Thailand. The Ministry of Tourism has informed agents that they must cancel tours in Israel by residents of Japan and other countries.