In cooperation with the Israel Ministry of Tourism, Israel Travel News Ltd. Specially prepared to meet the needs of the British market , this new publication spotlights Israel as a tourism destination. Read more >
Israel Welcomes its Three Millionth Tourist
Israel marked the arrival of its three millionth tourist to the country this year, on the morning of Tuesday November 7, with a ceremony at Ben Gurion Airport. 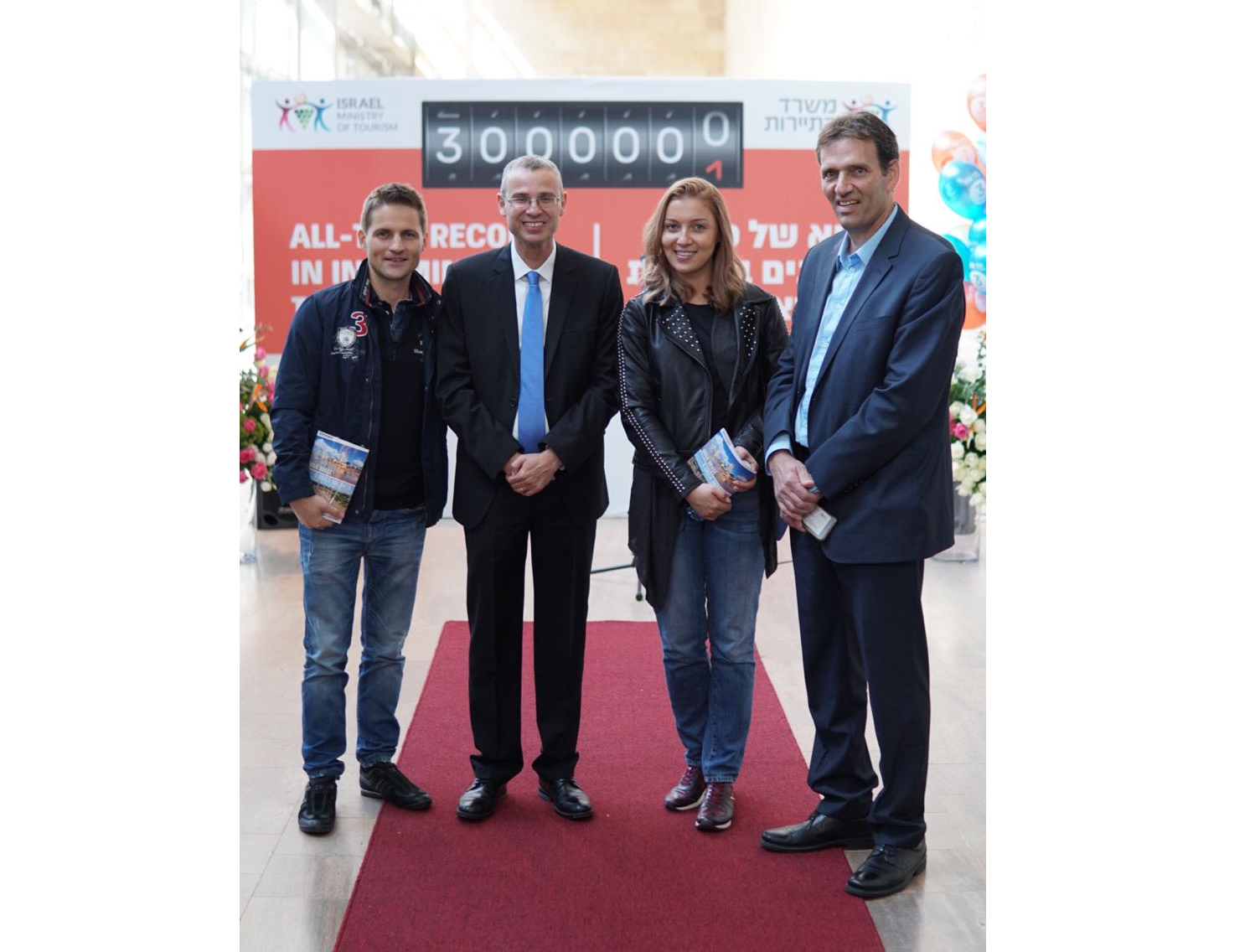 1Israel marked the arrival of its three millionth tourist to the country this year, on the morning of Tuesday November 7, with a ceremony at Ben Gurion Airport. Ioana Isac, who arrived on a Wizz Air flight from Bucharest with her partner Mihai Georgescu, was met by Tourism Minister, Yariv Levin, and Director General of the Israel Ministry of Tourism, Amir Halevi, before being taken on a vacation experience across Israel. The trip includes an upgrade to a hotel suite, limousine ride, helicopter tour, Dead Sea experience, a culinary tour in the Yemenite quarter, a sunset tour of the Tel Aviv promenade and a private dinner prepared by Chef Nir Tzuk at his home.

During the period of January – October 2017, 63,000 tourists entered Israel from Romania, reflecting a 57 percent increase on this period in 2016. The Israel Ministry of Tourism estimates the year will end with a total of over 3.5 million tourists arriving in Israel.

Amir Halevi, said: “With the arrival of the three millionth tourist to Israel, we realize that the new marketing policy led by Tourism Minister Yariv Levin and the marketing activities of the Israel Ministry of Tourism over the past two years have brought Israel to an unprecedented peak in tourism. 2017 breaks the all-time record in the entry of tourists into Israel, and the peak in revenues for the country from the tourism industry. ”

Aside from the Two Cities One Break campaign, taking place across Europe, the Ministry of Tourism has also attributed the increase in numbers to agreements and campaigns with online travel agents, including TripAdvisor and Expedia; and a rise in the number of airlines offering flights to Israel.

Incoming Statistics October 2017
Over 400,000 tourists entered the country in October, the highest recorded number in a month, and an increase of 23 percent on the previous best month to date in April 2017. Last month’s entries reflected a 57 percent increase on October of last year, with a 106 percent rise in day visitors compared to the same month in 2016.