In cooperation with the Israel Ministry of Tourism, Israel Travel News Ltd. Specially prepared to meet the needs of the British market , this new publication spotlights Israel as a tourism destination. Read more >
Jerusalem cable car gets green light
Tourists will no longer need to walk great distances nor will tour buses end up in heavy traffic jams 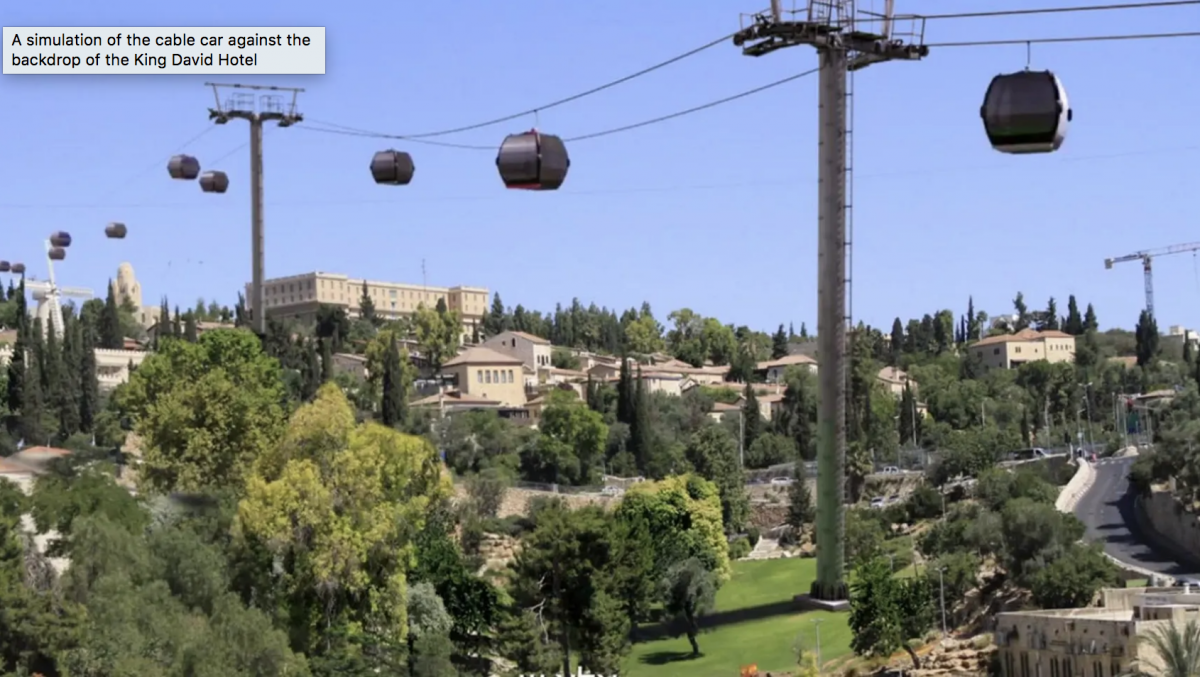 Long in the making, the cable car to the Old City of Jerusalem has finally passed a major hurdle and now only requires government approval.

The National Infrastructure Committee has rejected a slew of petitions against the cable car and approved the project. Costing an estimated $55 million, the project, which is being advanced by Israel’s Tourism Ministry, now requires approval by the government in order to proceed.

The cable car system will ferry tourists from First Station, a renovated train station complex across the valley from the Old City, to its southern entrance by the City of David. The proposed route spans several large valleys and passes along the city’s historic walls. While the project has faced opposition from some residents and environmentalists, most Jerusalem residents and even tour guides welcome this terrific solution that resolves, at least in part, the issue of reaching the Old City, especially during high-peak tourists seasons.

Tourists will no longer need to walk great distances nor will tour buses end up in heavy traffic jams as they attempt to maneuver around the narrow streets and heavy traffic.