In cooperation with the Israel Ministry of Tourism, Israel Travel News Ltd. Specially prepared to meet the needs of the British market , this new publication spotlights Israel as a tourism destination. Read more >
Jerusalem Set to Construct Cable Cars to Old City
The cable car will be a unique tourist attraction, from which tourists and visitors can look down on the city of Jerusalem and its unique sites. 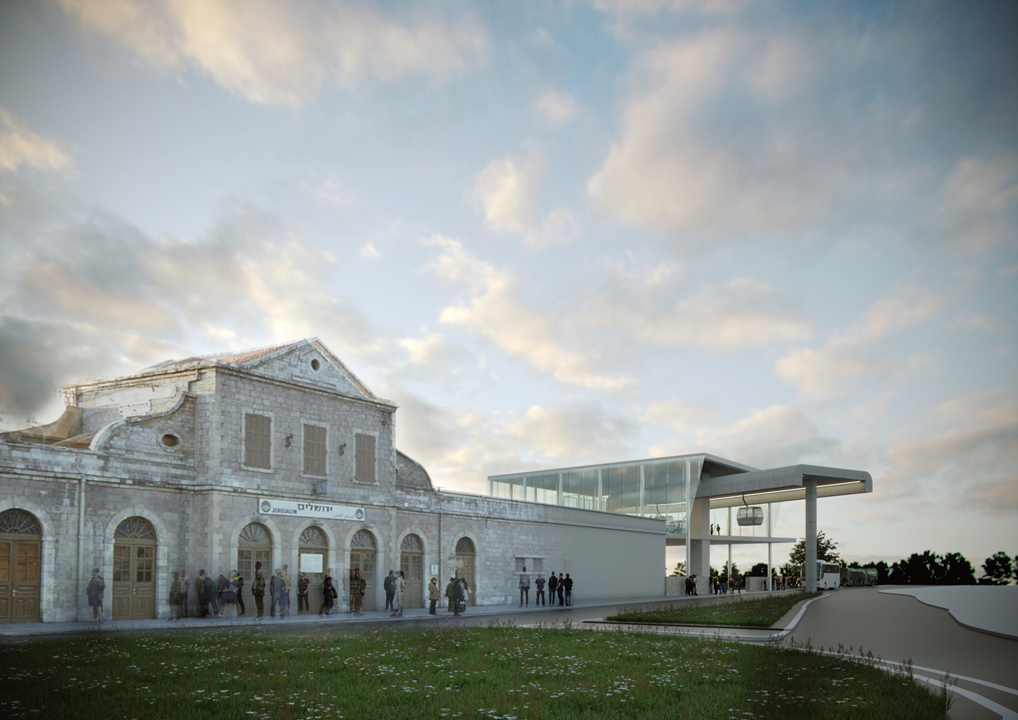 On Jerusalem Day last week, the Israeli government cabinet approved the proposal of Tourism Minister Yariv Levin, to invest NIS 200 million – to be distributed equally between the Tourism Ministry and the Finance Ministry – in the construction of the tourist cable car project to Jerusalem’s Old City. The project will be implemented by the Jerusalem Development Authority.

The planned cable car route is 1,400 meters long, and will run between the First Station compound in the German Colony, through the Mount of Olives to the Dung Gate at the Old City walls. The cable car has four stations, including Mount Zion and the Kedem Visitor Center in the City of David. Most of the planned route will pass through publicly-owned land.

In the document outlining the government decision, it is written: “The cable car project is a significant milestone in advancing Jerusalem and strengthening its status as a world tourism capital in order to significantly increase incoming tourism to the country and strengthen its economy. The cable car will be a unique tourist attraction, from which tourists and visitors can look down on the city of Jerusalem and its unique sites.The cable car project will also strengthen and further expand the tourist night life in the city and help overcome the accessibility issues for tourists seeking to visit the Old City.  Cable cars of this nature already operate successfully in other cities around the world, attracting significant numbers of tourists.”

Minister of Tourism Levin: “The cable car project will change the face of Jerusalem, offering tourists and visitors easy and comfortable access to the Western Wall, and will serve as an outstanding tourism attraction in its own right.  There is no better time than Jerusalem Day to approve this decision and I welcome the next phase en route to constructing this important project.”

The Ministry of Tourism operates in a variety of ways in order to improve the tourism product in Israel and to strengthen tourism as an engine for economic growth. 2017 ended with an all-time record for incoming tourists with more than 3.6 million tourists. The upward trend continues in 2018. Jerusalem is one of the central tourism anchors in Israel, and as such, the Ministry of Tourism focuses its efforts on infrastructure, marketing and tourism product development in Jerusalem. The cable car can be another factor in encouraging tourism to Jerusalem, while offering a transportation solution for visitors and tourists who visit the city.

The cable car is defined as a project of great importance for Jerusalem and for its tourism industry, as well one which offers provides transportation and environmental solutions, and makes the Old City accessible for people with disabilities. On days that mark holidays for the three religions, visitors to the Old City can range from tens of thousands to hundreds of thousands of people. Today, most vehicular traffic is banned within the Old City, with the exception of residents, but government officials claim that a significant solution is needed for access from the walls into the Old City.