In cooperation with the Israel Ministry of Tourism, Israel Travel News Ltd. Specially prepared to meet the needs of the British market , this new publication spotlights Israel as a tourism destination. Read more >
New on-demand shuttle service launches in Tel Aviv
Bubble lets users order rides through a designated app that automatically devises a route to best suit the needs of all passengers. 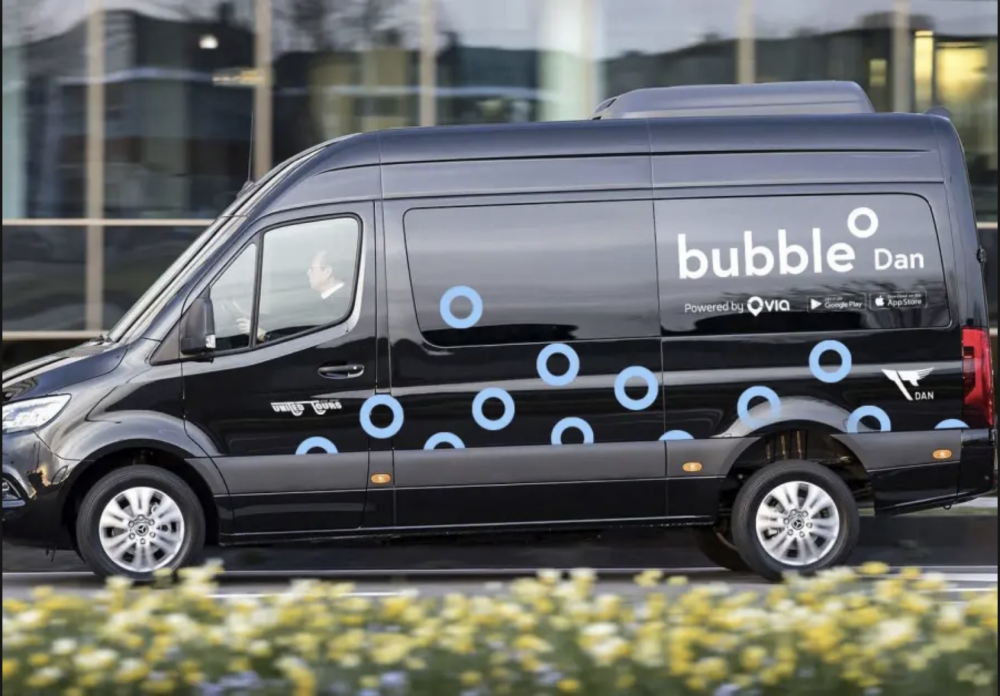 Via, in collaboration with Israeli public transportation company Dan, launched its new on-demand shuttle van service in Tel Aviv. Bubble is a new on-demand van shuttle service operated by New York-headquartered ridesharing company Via Transportation Inc. in collaboration with Israeli public transportation company Dan Bus Company, for which a pilot recently launched in Tel Aviv. Bubble lets users order rides through a designated app that automatically devises a route to best suit the needs of all passengers. Passengers are picked up and dropped off only at existing bus stops, to which they are directed by the app. Users are charged a flat NIS 15 (approximately $4.2) fee for a single ride during rush hours and NIS 12.5 (approximately $3.5) the rest of the time—twice the price of a bus ticket, but significantly cheaper than a taxi. Senior citizens are eligible for a 50% discount, and a 10-ride subscription is also available for NIS 120 (approximately $33.7). Service is available on workdays, Sunday through Thursday, between 6 a.m. and 10 p.m. As of last month, 40 10-seater Mercedes-Benz Sprinter Minibuses are available in a limited area: between Tel Aviv’s Kakal Boulevards in the north, Hahagana Street in the south, the beach promenade in the west, and neighboring suburb Ramat Gan’s Ben Gurion Street in the east. Via intends to add 60 vehicles by June and expand to Jerusalem, Haifa, and additional Tel Aviv suburbs in the upcoming months, using funding from Israel’s ministry of transportation.