In cooperation with the Israel Ministry of Tourism, Israel Travel News Ltd. Specially prepared to meet the needs of the British market , this new publication spotlights Israel as a tourism destination. Read more >
NYT: Jaffa an 'ancient port in the midst of a luxury renaissance'
'Historical Jaffa, it’s fair to say, has gone full-throttle luxe.' 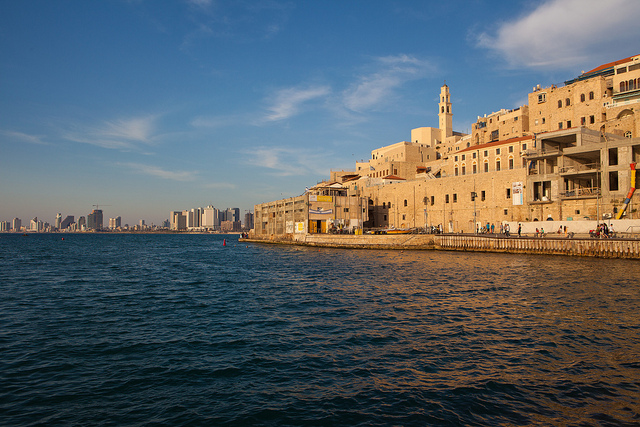 She wrote, “Jaffa, the age-old Abbott to youthful Tel Aviv’s Costello, is an ancient port in the midst of a luxury renaissance. This 3,000-year-old harbor is a labyrinth of white stone alleys, hushed mosques and markets brimming with antiques and spices.”

She continued, “But the district, once claimed by King David, the Pharaohs and even Napoleon, has for decades been in the shadow of shiny Tel Aviv. It was absorbed into greater Tel Aviv in 1950 and has long been seen as the humbler, more downtrodden section of the city. Not so anymore: Historical Jaffa, it’s fair to say, has gone full-throttle luxe.”

Kamin pointed to some of the recent developments in Jaffa. “Three new luxury properties — The Setai Tel Aviv (in a former Ottoman prison with Crusader-era origins); The Jaffa (an Aby Rosen recreation of a former hospice for malaria victims) and The Drisco, a revival of Jaffa’s first luxury hotel, shuttered since 1940) — opened last year, within spitting distance of each other. And that’s not all: Add to the mix of this major makeover a new lush Japanese spa, a bustling night life district and a flea market packed with restaurants led by major Israeli chefs.”