In cooperation with the Israel Ministry of Tourism, Israel Travel News Ltd. Specially prepared to meet the needs of the British market , this new publication spotlights Israel as a tourism destination. Read more >
Philippine Minister of Tourism will attend the IMTM 2022
The Minister of Tourism, Yoel Razvozov, to the Philippine Ambassador to Israel, Mr. MacaIrog Alberto: "Recognize Israeli vaccination certificates" 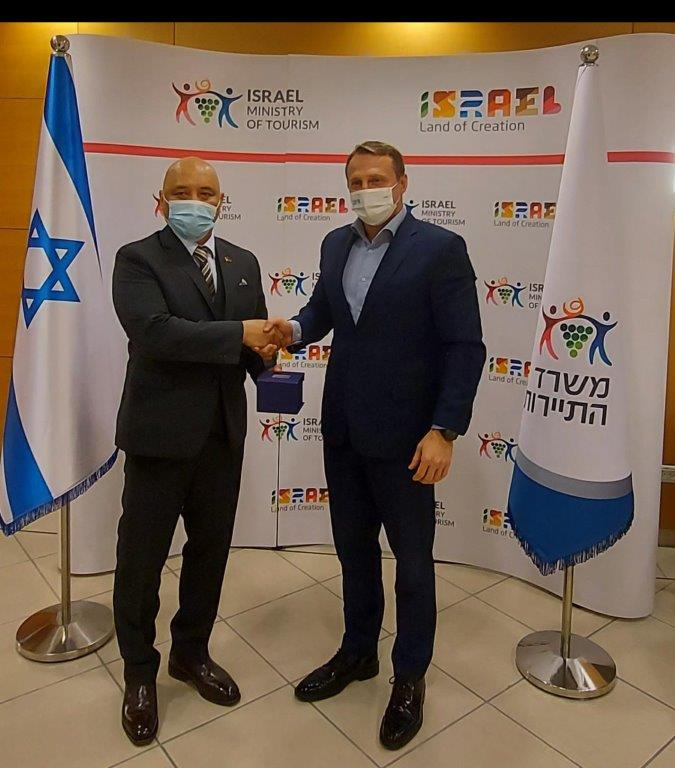 In a meeting held today (February 2nd, 2022) between the Minister of Tourism Yoel Razvozov and the Ambassador of the Philippines to Israel, Mr. MacaIrog Alberto, both sides raised issues concerning the return of tourism and the operation of a direct airline between the two countries.
The Philippines has announced the opening of its gates to tourists starting on February 16th, 2022, but has not yet approved the recognition of Israeli vaccination certificates, and it is also now known, that the operation of the direct airline – that was supposed to start in April – was postponed due to changes in senior airline management.
Minister of Tourism Razvozov discussed with the Philippine Ambassador, among other things, the issues of entry and exit of convalescents from COVID-19 as well as family tourism with children, the leverage of Christian tourism from the Philippines to Israel and also tourism packages combined with the Emirates.
In the meantime, it was agreed that the Philippine Minister of Tourism will attend the IMTM exhibition held by the Ministry of Tourism in March this year, and the idea arose to send delegations of mutual opinion designers between the countries.