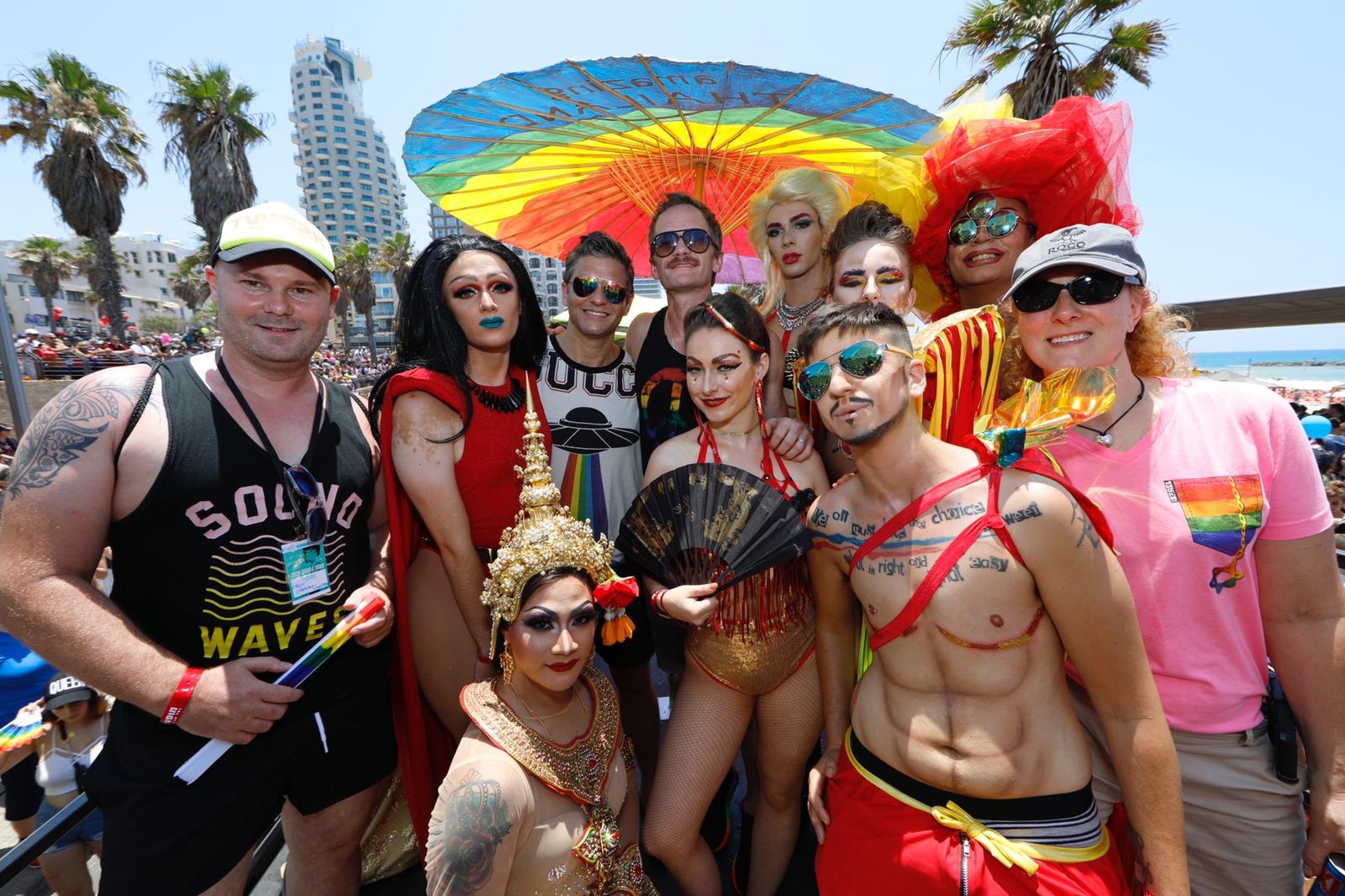 250,000 people from around the world gathered in Tel Aviv this past weekend to march in the largest pride parade in the Middle East. This year’s event marked 21 years to the City’s first pride parade.

Voted the world’s “Best Gay City” by GayCities.com and “The Most Gay-Friendly City in the World” by Wow Travel, Tel Aviv’s Pride Parade is widely recognized as one of the world’s leading LGBTQ events, attracting thousands of visitors from around the globe. American actor, writer, producer, magician, and singer, Neil Patrick Harris, was selected to act as this year’s “International Pride Ambassador.”

The parade marked the end of a month-long festival which included TLVFest – the City’s international gay film festival; a LGBTQ cultural line-up of events; a special show by the Israeli Opera honoring the famous Eurovision hits which took place at NYX – the official Tel Aviv pride hotel; and tributes to key historical figures in the LGBTQ community.

Celebrations continued throughout the weekend, with massive after-parties attracting tens of thousands of party-goers, including one featuring internationally acclaimed DJ and gay-icon Ofer Nissim.

Tel Aviv-Yafo Mayor, Ron Huldai: “Tel Aviv, which has already been acknowledged as the world’s “most gay-friendly city” and as a beacon for liberty, pluralism and tolerance is proud to be home to a large and diverse LGBTQ population. The Tel Aviv Pride parade is not just a celebration, but an important declaration of support and an opportunity to promote equal rights for all. We will continue to support and celebrate our local LGBTQ culture and act as a welcoming destination for the International gay community.”

Neil Patrick Harris: “Tel Aviv Pride has become an important symbol of LGBTQ visibility and acceptance on the world stage. We are excited to visit Israel for the first time and honored to be a part of this beautiful celebration to stand with the LGBTQ community both in Israel and across the globe, especially as we celebrate the 50th Anniversary of Stonewall.”