In cooperation with the Israel Ministry of Tourism, Israel Travel News Ltd. Specially prepared to meet the needs of the British market , this new publication spotlights Israel as a tourism destination. Read more >
Tel Aviv-Yafo Lights Up With Rainbow Colors To Celebrate Pride 2020 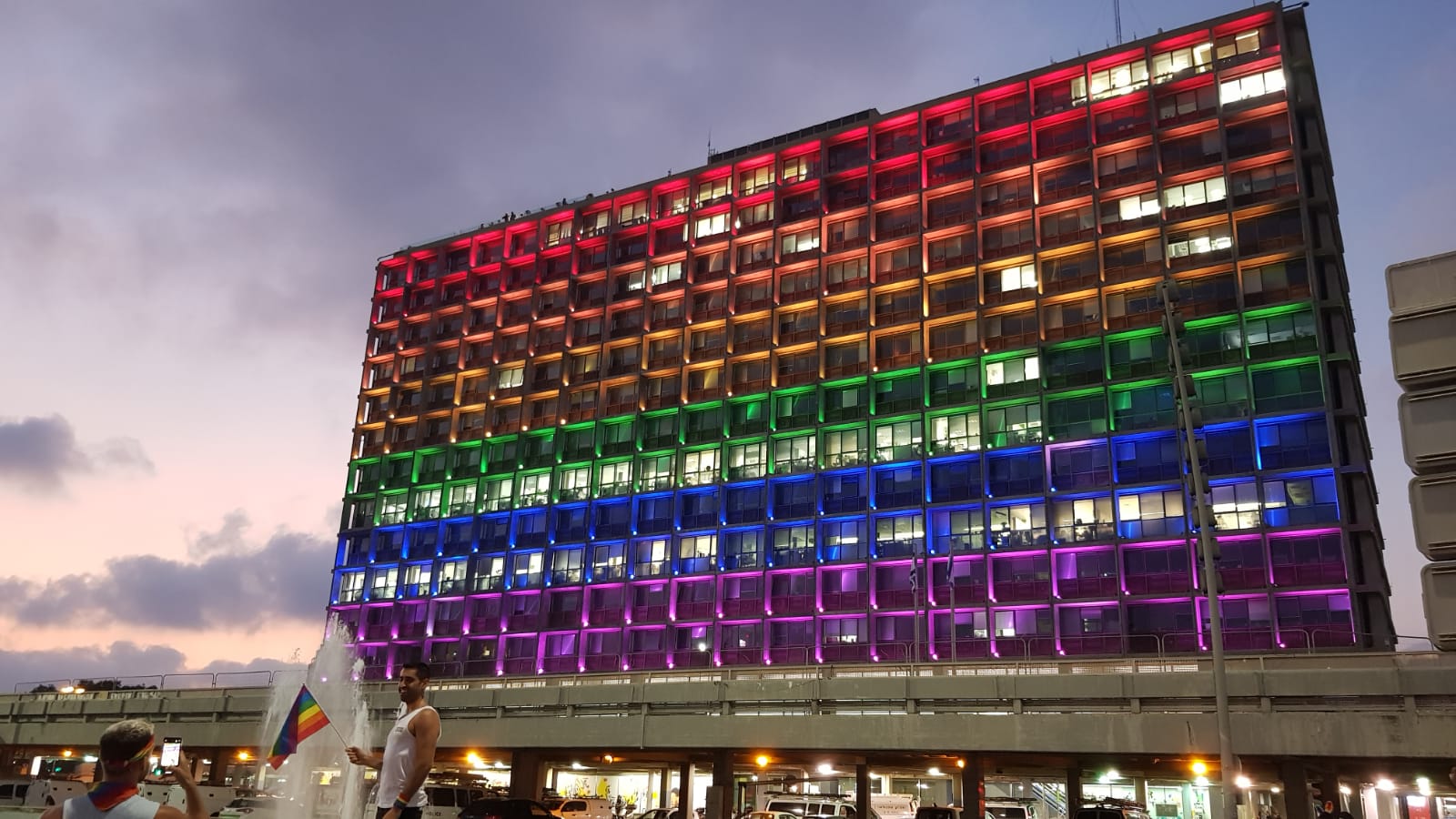 Tel Aviv-Yafo, June 28 – The facade of the Tel-Aviv Yafo municipality building was lit up with the colors of the pride, bisexual and transgender flags on Sunday evening as Pride Month 2020 nears its conclusion.
Despite the postponement of Tel Aviv-Yafo’s iconic Pride Parade and other large-scale LGBTQ-friendly celebrations due to the novel coronavirus outbreak, the municipality continued to mark Pride Month with a series of virtual and alternative events across the city, and by lining its streets with rainbow flags.
Earlier this month, Tel Aviv-Yafo Municipality announced that unmarried couples, including same-sex couples, may register as family units for the first time. The decision will make bureaucratic processes easier, including the enrolment of children in the city’s educational institutions.
Tel Aviv-Yafo is greatly looking forward to the return of the Pride Parade, widely recognized as one of the world’s leading LGBTQ events, attracting thousands of visitors from around the globe every year.
Last year’s parade attracted over 250,000 people from around the world and Tel Aviv was voted by Logo TV as The Best International City for Pride and by The Independent as one of the Best Holiday Destinations for LGBT Travelers.