In cooperation with the Israel Ministry of Tourism, Israel Travel News Ltd. Specially prepared to meet the needs of the British market , this new publication spotlights Israel as a tourism destination. Read more >
Tourist 'Israel Pass' cards now sold at airport
The card, called Israel Pass, will be sold at a special stand at Ben Gurion Airport's Terminal 3. 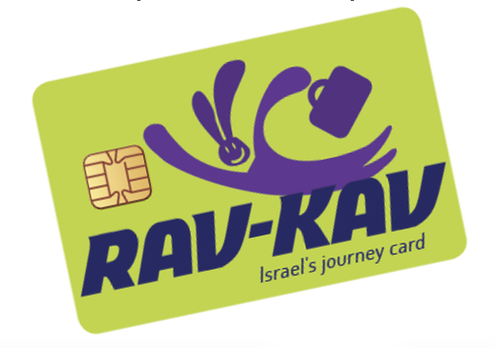 Similar to London’s Oyster cards, Israel has now instituted Rav-Kav smart travel cards for tourists at Ben Gurion airport. Since the smart card travel reform has been introduced in Israel’s major cities in recent months, tourists have found themselves in an awkward situation, according to Globes. Unable to buy cards when boarding buses, they have been either forced to buy more expensive individual tickets for each ride, or had to make hasty, last minute purchases at bus or railway stations without really understanding the system.

The tourist card, called Israel Pass, will be sold at a special stand at Ben Gurion Airport’s Terminal 3. The anonymous pass (Israelis hold cards with their name, ID number and picture) can be loaded with a specific amount for interchangeable travel on buses and trains. Alternatively, tourists can buy daily or weekly cards for travel throughout the country.

The pass enables entry to up to six leading national parks and nature reserves (for example, Masada, En Gedi, Caesarea, Qumran and many others).

In the near future, the Israel Pass travel cards will also be available at major tourist sites and include discounts for additional tourist services including accommodation, restaurants and cafes.

The card can also be refilled online. For more information, visit Israel Pass.

Despite the improvement, Israel’s public transport remains problematic for tourists with digital signs at bus stops and announcements on the buses in Hebrew only. Tourists are required to ask fellow passengers to tell them where the next bus is going to or when on the bus when they have reached their stop.