In cooperation with the Israel Ministry of Tourism, Israel Travel News Ltd. Specially prepared to meet the needs of the British market , this new publication spotlights Israel as a tourism destination. Read more >
Tourists say Israeli cuisine among best in world
Hip dining spots can be found everywhere — from hotel rooftops with majestic views to disused warehouses. 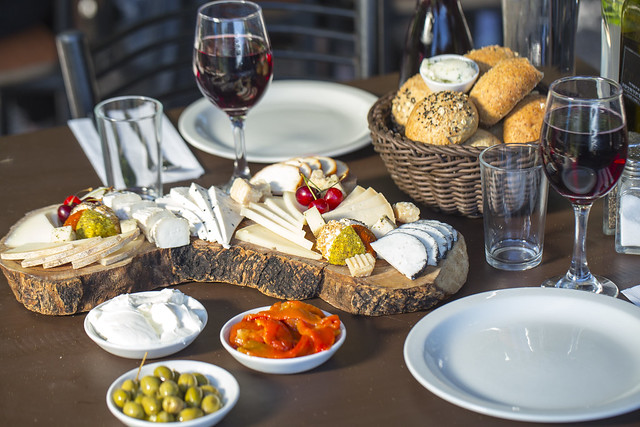 Tourists arriving in Israel love the country’s beaches, its North, its South, its wondrous Dead Sea and its tranquil desert. But there is another element that pulls tourists to Israel and that is its phenomenal cuisine.

“In recent years, highly trained and innovative, if feisty, chefs have been opening one trendy restaurant after another. Now hip dining spots can be found everywhere — from hotel rooftops with majestic views to disused warehouses, converted old homes, tight alleys and sidewalks, rooftops, seaside balconies, hilltop niches, spots overlooking the seashore, a hillside, or even a wall  — and the sometimes just the cramped space between two other cramped spaces.”

Israel’s cuisine is celebrated far and wide and Israelis themselves take full pride in knowing that their country is an established gastronomic powerhouse. Jews and food go together and Israelis find every opportunity to celebrate.

Tel Aviv Eat, the city food festival will take place in Tel Aviv, Israel from May 12-18, 2019. A combination of chefs and dishes come together for a culinary event showcasing the vibrant flavors of the city. Tel Aviv Eat will include street food, food trucks, a food market, bars, cafes, live music and much more. Situated along the shores of the Mediterranean Sea, Tel Aviv Eat is situated in Charles Clore Park. Chefs will include Haim Cohen, Shaul Ben Aderet, Aviv Moshe, Segev Moshe, Raz Rahav, Bino and more.