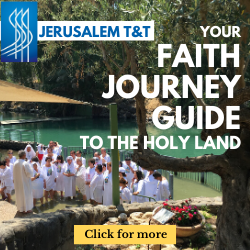 In cooperation with the Israel Ministry of Tourism, Israel Travel News Ltd. Specially prepared to meet the needs of the British market , this new publication spotlights Israel as a tourism destination. Read more >
El Al receives 13th Dreamliner
This is part of the company's strategic plan to replace its aircraft fleet with the newest planes.

El Al’s 13th Dreamliner, the new Boeing 787 named after the city of Ramat Hasharon, has finally landed at Ben Gurion Airport after a direct flight from Seattle, Washington.

The new Dreamliner is the first 787-8 model out of four that El Al has purchased. The others will arrive later. This model features a 238-seat configuration in three service departments: Business, Premium and Tourist, with 20 seats in business class, 35 seats in premium class and 183 seats in the tourist section.

The aircraft joins El Al’s new and advanced Dreaminer fleet of 13 aircraft (including this one) to date and by March 2020 El Al will own 16 of the world’s best Dreamliner aircraft of its kind.

The arrival of the Boeing 787 Dreamliner is part of the company’s strategic plan to replace its aircraft fleet with the removal of veteran aircraft from service and replacing them with new and advanced aircraft.