In cooperation with the Israel Ministry of Tourism, Israel Travel News Ltd. Specially prepared to meet the needs of the British market , this new publication spotlights Israel as a tourism destination. Read more >
Israel to Open Its Skies to Unvaccinated Tourists on March 1, 2022
Under new plan, tourists must submit to pre- and post-flight PCR tests, but returning Israelis will no longer need to show a negative COVID test before boarding a flight home 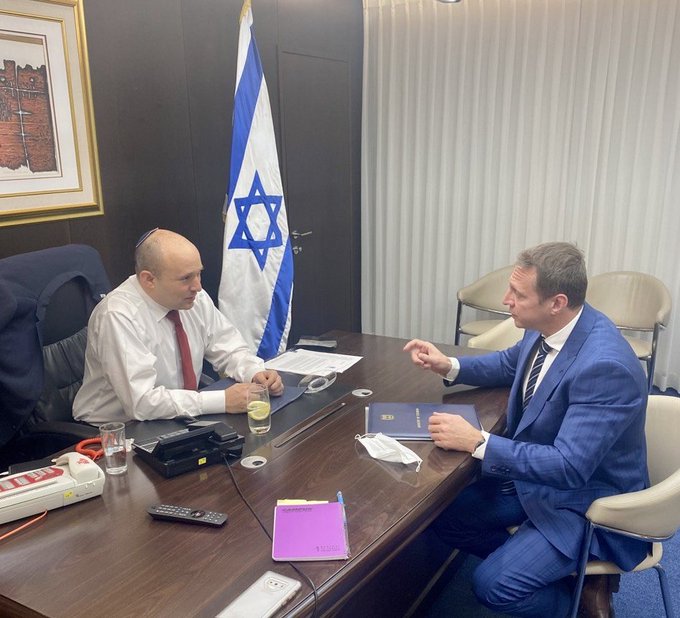 Yoel Razvozov: “I thank the Prime Minister – Naftali Bennett and the Minister of Health – Nitzan Horowitz on understanding the plight of the tourism industry”.

Ministers agree to reopen Israel’s skies to unvaccinated tourists of any age, but still require two negative PCR tests, while canceling one test requirement for returning Israelis.
Under the new guidelines, set to come into effect on March 1, 2022, tourists of all ages, both vaccinated and unvaccinated, will be allowed to enter Israel, as long as they submit a negative PCR before boarding and take another PCR after landing.
Israelis returning to Israel will not have to take a pre-flight test, but only need to take a PCR upon landing.
Even unvaccinated Israelis will not have to quarantine upon returning to Israel as long as they test negative upon landing, the ministers agree.
“We are seeing a consistent decline in morbidity data, so it is time to gradually open what we were the first in the world to close”, says Prime Minister Naftali Bennett. “At the same time, we will keep our finger on the pulse and in the case of a new variant, we will respond quickly once again”.
Minister of Tourism, Yoel Razvozov: “I thank the Prime Minister – Naftali Bennett and the Minister of Health – Nitzan Horowitz on understanding the plight of the tourism industry”.