In cooperation with the Israel Ministry of Tourism, Israel Travel News Ltd. Specially prepared to meet the needs of the British market , this new publication spotlights Israel as a tourism destination. Read more >
Opera in the Park
The Tel Aviv-Yafo Municipality, in collaboration with the Israeli Opera, is happy to continue its' annual tradition of hosting Opera in the Park! 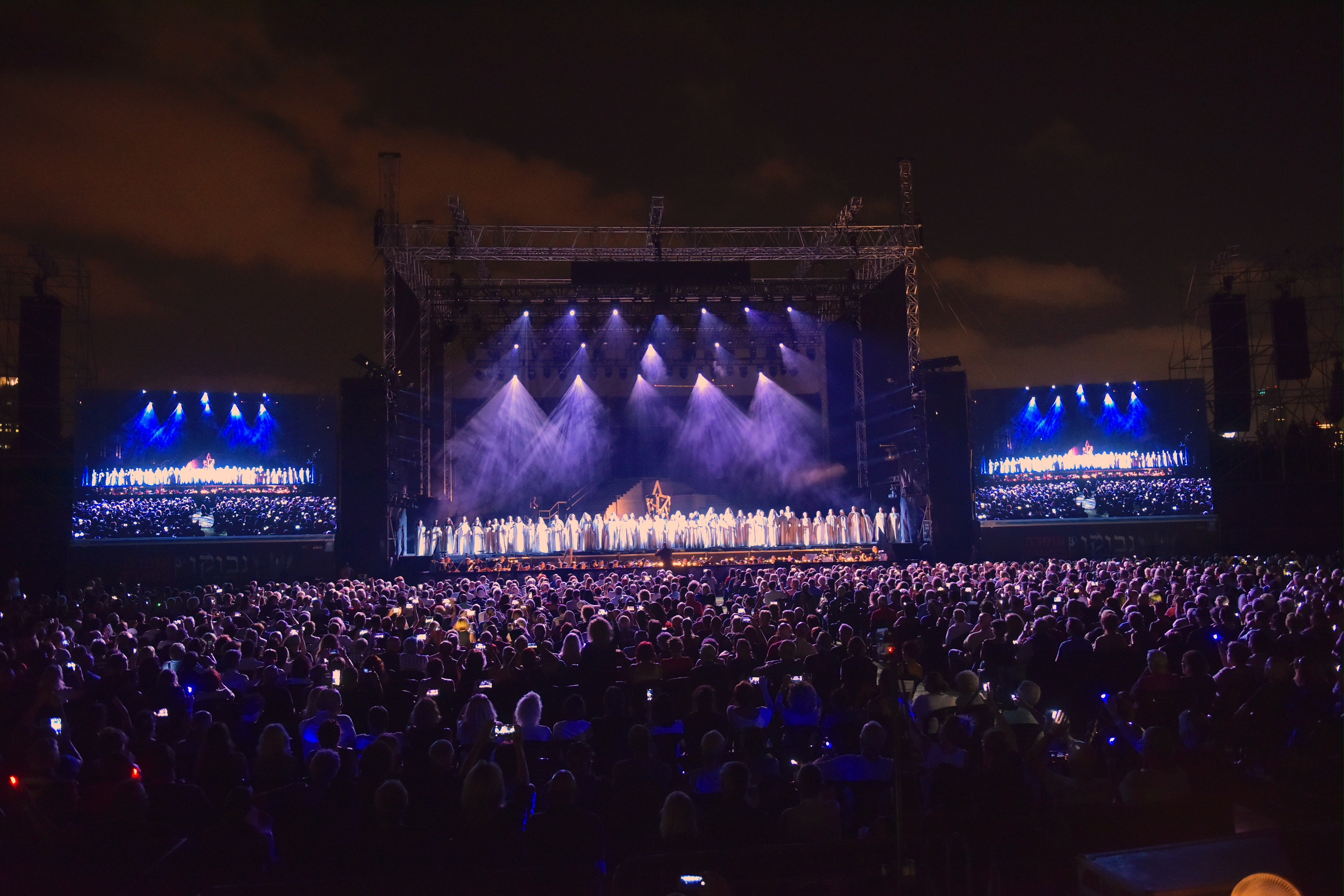 TEL AVIV – On the 18th of August the Tel Aviv-Yafo Municipality, in collaboration with the Israeli Opera, will bring back its open performances tradition in the Ganei Yehoshua park,  with a special production of “Carmen” by Georges Bizet, one of the most popular operas of all time.

The huge park productions that have been taking place there for over 20 years, attract tens of thousands of people every year who come to enjoy an exciting cultural experience, at no cost. Continuing on the tradition, the event will be hosted by Ron Huldai, Mayor of Tel Aviv-Yafo.

Ron Huldai, Mayor of Tel Aviv-Yafo: “This summer will be spent with a spectacular celebration of fierce love, abysmal hatred and burning passion. I am not referring to the election campaign that awaits us, but to the huge colorful production that is “Carmen” by Bizet, taking place on the wonderful stage of Opera in the Park. Similar to Carmen – the beautiful and warm-tempered gypsy, who broke the hearts of many suitors – is the Israeli Opera of Tel Aviv-Yafo: professional, rich in content and grace, mesmerizing in its beauty and voices and courted by its many suitors. I want to thank the Israeli Opera for their cooperation of over 20 years in  producing “Opera in the Park”, a production of the Tel Aviv-Yafo Municipality. The event takes place under the open sky and at no cost, and gives tens of thousands of culture and music lovers from all over the country a magical and unforgettable summer experience. You are all cordially invited!”

“Carmen” is a huge production with more than 250 participants on stage – soloists, opera choir, musicians, dancers, actors and a children’s choir. At this moment in time, the enormous setting that is to be erected on the stage in Ganei Yehoshua is being built. Additionally, the opera seamstress is already working on preparing the hundreds of colorful and spectacular costumes intended for the performers.

The opera will be conducted by Dan Ettinger, music director of the Israeli Opera, directed by Gadi Shechter, who in previous years directed some of the productions that took place in the park, and accompanied by the opera orchestra – the Israel Symphony Orchestra Rishon LeZion and the Israeli Opera Choir.

The production in the park will be a summit meeting of two of Israel’s biggest opera stars: Naama Goldman – who performed the role of Carmen for the first time in Masada and has been performing it with great success all over the world ever since, and soprano Ella Vasilevichky who will perform the role of Michaela.

“Carmen” by Georges Bizet, which premiered on March 3, 1875 at the Opéra-Comique in Paris, was a resounding failure in the eyes of audiences and critics. The burning failure struck to the depths of his heart, and exactly three months later he died. The greatest compliment given to this opera came from the philosopher Friedrich Nietzsche who said: “Music is wicked, refined and fantastic and at the same time extremely popular.”

The opera “Carmen” is based on a novel by Prosper Mérimée and tells a story of love and passion, in which the soldier Don José was tempted to let Carmen, the free gypsy, escape from imprisonment. After Jose finishes serving his prison sentence, which he received because of helping Carmen, he joins her and her fellow gypsies and smugglers.  When Carmen falls in love with bullfighter Escamio and is fed up with José, he is struck by a burst of jealousy. Carmen prefers to remain free and even die than to live with a man she does not love, and Don José’s jealousy causes him to murder her.