In cooperation with the Israel Ministry of Tourism, Israel Travel News Ltd. Specially prepared to meet the needs of the British market , this new publication spotlights Israel as a tourism destination. Read more >
THE DRISCO HOTEL LAUNCHES NEW HYPERLOCAL TOUR
The Drisco Hotel Tel Aviv-Jaffa and a member of The Leading Hotels of the World, officially launches the hyperlocal tour of two of Tel Aviv's culturally thriving neighborhoods: Noga and American Colony. 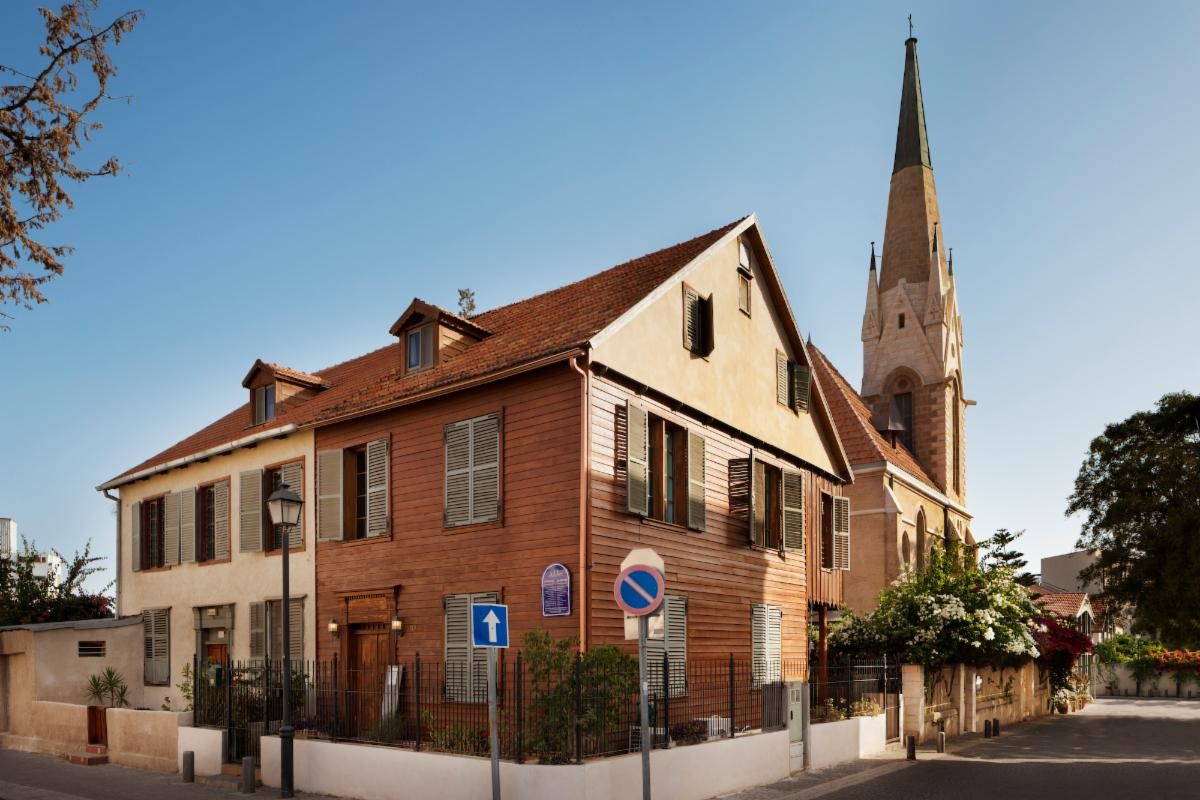 The Drisco Hotel, located in Tel Aviv’s historic American Colony neighborhood, is a landmark heritage property restored as a dignified 42-room hotel. The main structure was built in 1886 and was once the historic Jerusalem Hotel, one of the first hotels in Jaffa, created by Ernst Hardegg, a Templar hotelier who purchased both the hotel and the neighboring property. Adjacent to the main building is the original Norton House comprising six rooms (now The Villa Drisco), named after Mr. P.A. Norton. One of the colony’s first American settlers who migrated to Jaffa, Norton brought with him the wood and materials to resurrect their homes in the New England style, settling in what would eventually become Jaffa.

Between 1870-1940, the hotel became one of the most esteemed destinations in the region, frequented by the likes of Thomas Cook and Mark Twain. After eight years of meticulous renovation led by architect Naor Mimar, the two buildings were reborn in spring 2018 as The Drisco Hotel, transforming the classic architectural wonder into a heritage hotel befitting the modern-day traveler.

In addition to the American Colony neighborhood, The Drisco Hotel sits on the cusp of Noga District, a blink-and-you-might-miss-it micro-neighborhood of Tel Aviv that is home to some of the city’s most exciting young creatives and emerging brands. Adjacent to the American Colony neighborhood, Noga, comprising just four square blocks, is discreetly tucked away behind the busy thruways of Eilat Street and Jerusalem Boulevard. Given its ideal downtown location between historic Jaffa and the stunning American Colony, Noga has become an increasingly popular area for new eateries, designers, galleries, and upscale accommodations.

The Drisco Hotel’s hyperlocal tour of the American Colony and Noga neighborhoods include:

• Two-hour guided tour with a local expert
• Visits to significant historical sites in the American Colony neighborhood such as Immanuel Church and the Maine Friendship House
• A walk through the Noga neighborhood and visits with homegrown fashion designers in their boutiques and workspaces, as well as local art galleries
• Visits to local coffee shops and cafés

Each tour is priced at $150USD for up to four persons, and is available Sunday – Thursday.

The launch of the new hyperlocal tours follows new accolades and announcements by The Drisco Hotel, including the property’s acclaimed George & John restaurant, led by Chef Tomer Tal, being added to the World’s 50 Best List of Top Restaurants in the Middle East and Africa.

To reserve your room and learn more about The Drisco, visit thedrisco.com.

About The Drisco Hotel
Located in the historic American-German Colony neighborhood of Tel Aviv, The Drisco Hotel is a landmark heritage property housed in two restored Ottoman-style buildings from 1866. After eight years of meticulous renovation led by Architect Naor Mimar, the two buildings were revived as a dignified 36-room hotel in spring 2018 as The Drisco Hotel, transforming the classic architectural wonder into a heritage hotel befitting the modern-day traveler. The Drisco Tel Aviv is a proud member of the Leading Hotels of the World, and has been awarded with the five-star superior classification by The Israel Ministry Of Tourism.

Photo: The Maine Friendship House and Immanuel Church in the American Colony