In cooperation with the Israel Ministry of Tourism, Israel Travel News Ltd. Specially prepared to meet the needs of the British market , this new publication spotlights Israel as a tourism destination. Read more >
"The Inbound Tourism Crisis - is a National Crisis"
These are the words of Yossi Fattal, Chamber of Inbound Tourism Organizers Bureau 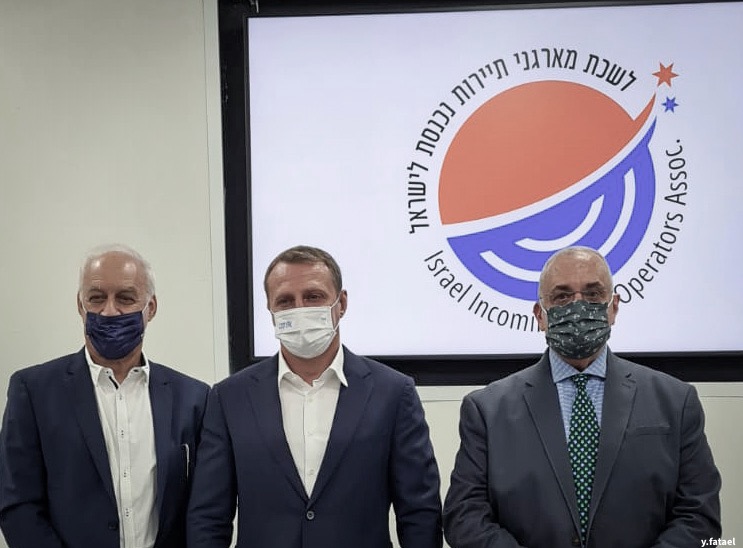 “Usually it is a festive event, but this time it is an emergency, a battle for home,”

The annual event of the Chamber of Inbound Tourism Organizers Bureau in Israel took place yesterday [Wednesday] with the participation of Tourism Minister – Yoel Razvozov, Director General of the Ministry of Tourism – Amir Halevi, Chamber of Inbound Tourism Organizers Bureau Director – Yossi Fattal, and Chamber of Inbound Tourism Organizers Bureau Chairman – Danny Amir (which was elected for another term) and hundreds of Bureau members.
“Usually it is a festive event, but this time it is an emergency, a battle for home,” said Danny Amir, the chairman of the bureau”, who thanked the tourism minister for his support and called on him to put the issue of inbound tourism on the prime minister’s agenda to hold a meeting soon. “The inbound tourism crisis is a national crisis, cross-political, I speak for tens of thousands of people around the field who lost their livelihoods all over Israel, but the crisis is even deeper – the Ministry of Tourism knows how many hundreds of millions the country has invested in infrastructure development and promotion of Israel. Pillars of an entire industry that are being erased. If we do not understand the magnitude of the expected rupture for Israel in this area, on the day the skies open there will simply be no country left to work with in the world. Many agents abroad have already lost faith in the country. Israel has a national resource that is crashing in front of all of us. The limited pilot for the introduction of organized tourism has been working flawlessly in recent months and must continue – for the country. But now we are facing a devastating reality at home, and we have no vaccine for that”.
“When they say we should live next to the COVID-19 – I say we should live next to it, without giving up on tourists”, said Tourism Minister Yoel Razvozov. “The situation is difficult, and I do not have to explain it to you. Letting go and raising my hands is not in my nature. I will not abandon you. The field is important to me, the future of the field is important to me”.